Follow-up of the Angels Meeting (1) 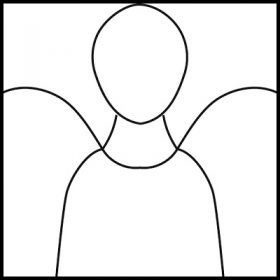 Never before have I stitched figures in the style of Schwalm whitework. While stitching the angels of the 2018 Advent Calendar, I relied on my Schwalm whitework knowledge but learned that a critical eye and a few well-placed stitches can truly improve the embroidery.

Here are some examples:

The pattern of angel No. 1 is designed with one sleeve inside the dress shape. I wanted to fill both the sleeve and the dress with the same pattern, and I gave a lot of thought to how I could get the pattern to line up through both shapes. Upon completion, I noticed that the sleeve was difficult to perceive as a separate shape. I should have stitched the pattern of the sleeve a little bit staggered to the pattern on the body of the dress. But it was too late for that now – the threads were already withdrawn. 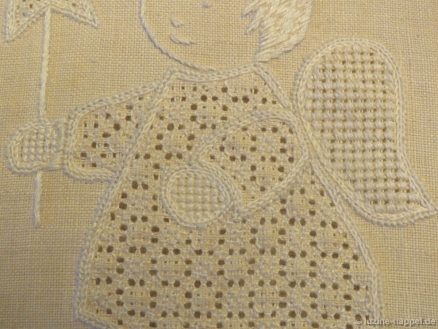 In order to make the sleeve a little bit more prominent, I added one row of Chain stitches outside of the Coral Knot stitches. Working Chain stitches on top of the filling pattern was rather difficult. 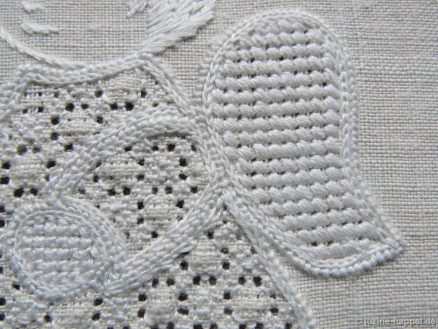 The wider edge is not optimal but was the best solution to solve the problem. 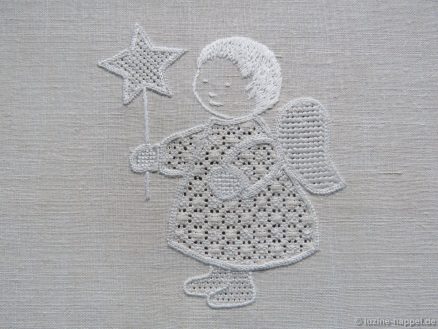 The dress of angel No. 7 got a continuous stripe pattern, which – with his outstretched arms – made the angel look somewhat like a board. I immediately realized that a belt would be an improvement. But how should that be designed? As a simple belt strap? Or as a sash tied in a small bow in front of the belly? 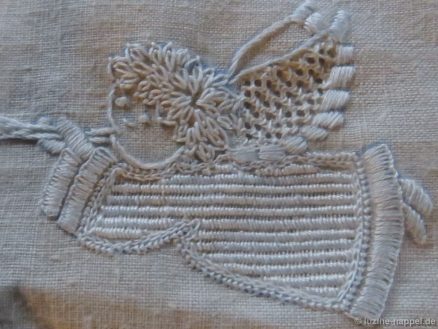 Finally, I decided on a looped belt with hearts at the ends. First, I embroidered the little hearts, and then I laid the threads for the belt. 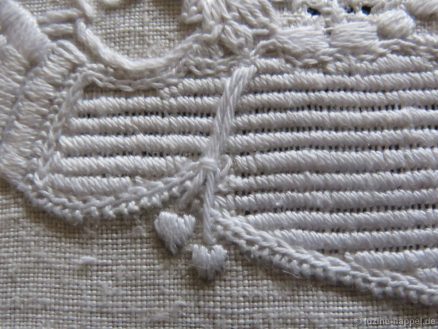 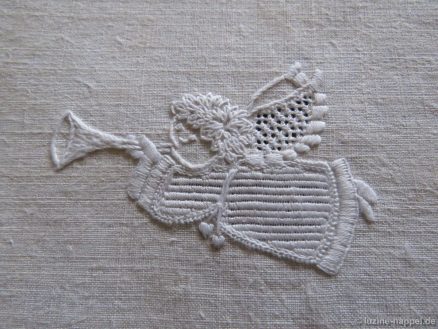 The outline design of the head for Angel No. 8 was very simple. A face was not predetermined. 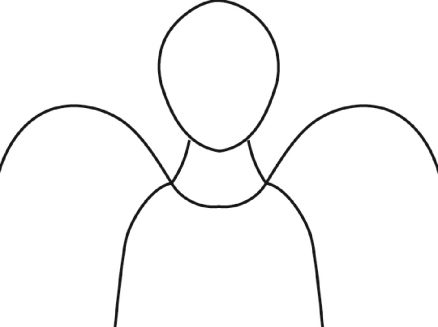 I stitched along my initial ideas and was appalled by the result. 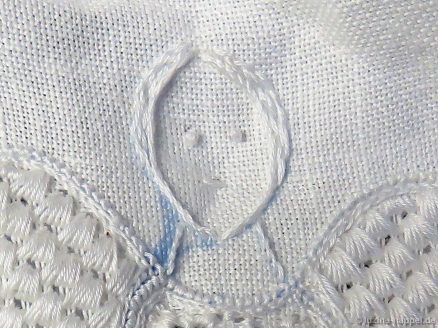 I transferred the form to paper and tried to find a more successful design. 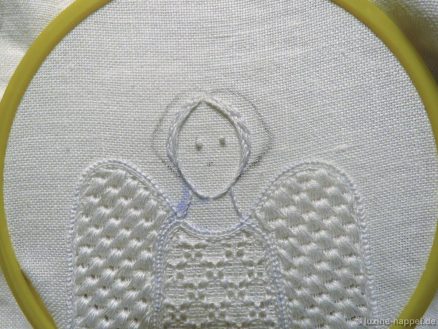 I embroidered the improved form with the reworked hairstyle. I then placed the eyes a little lower and worked short eyebrows above them. With new hairstyle and complete face (eyes, eyebrows, nose, and mouth), the angel was much more pleasing to me. After the lines disappeared after laundering, this new head was suitable for this angel figure.

As you can see, sometimes only a few slight changes are needed to enhance and improve the overall appearance of a figure. So don’t be afraid to experiment a bit.