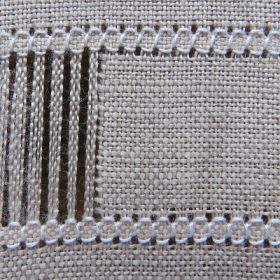 Embroiderers have asked me questions regarding the order of the prep work for Peahole and needle-weaving hems.

They want to know why the two rows of Four-Sided stitches are made first before withdrawing the threads between (method 1), 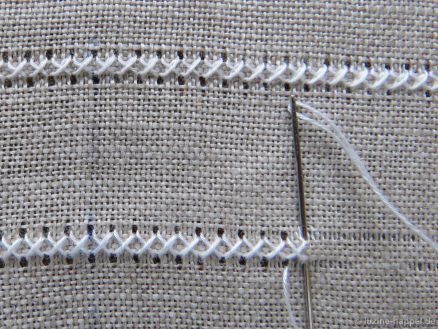 and not after withdrawing all the threads (method 2) as some other authors show. 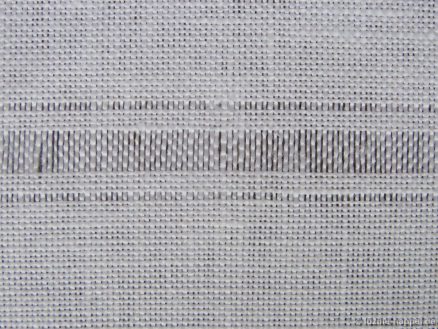 Of course, using method 2 it would be easier to check that one always takes up the same vertical threads on the lower row that were taken up on the upper row to establish the needed thread bundles. Errors in bundling could be avoided.

But working Four-Sided stitches along a section without the bordering horizontal threads, because they are withdrawn already, is much more difficult – especially in wider hems or when working without a hoop.

So, after weighing the pros and cons, in my mind the advantage of method 1 predominates.

Make sure, that you always take up the same vertical threads as you have taken in the upper row. Check it every few stitches! (It is easier to check it, when the previously worked row is on top of the new row and not below it.) 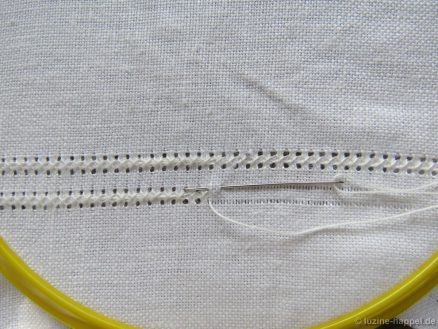 The remaining threads between are withdrawn after finishing both Four-Sided stitch rows. In addition, it is important to work all stitches using a hoop. 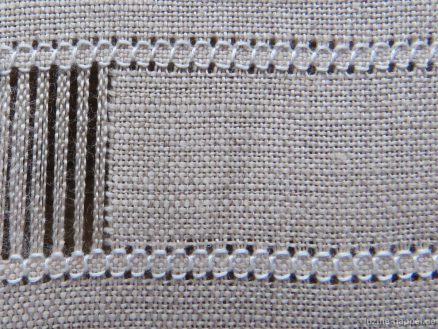