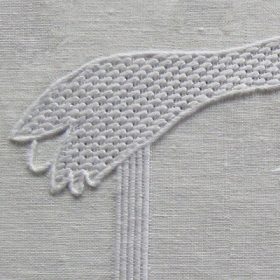 Roof of the Stable

Both parts of the roof were outlined with Slanting Wide Stem stitches (coton à broder No. 16). The outlines end before reaching the star. 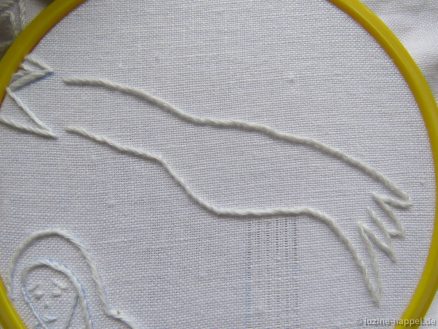 A Limet grid was established inside the outlines and not going past their end points. 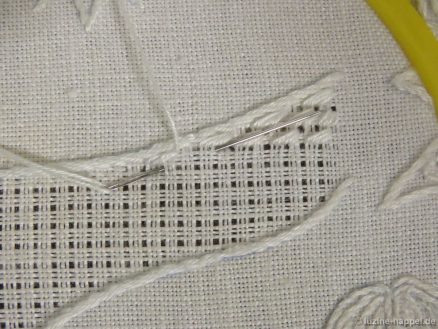 As filling pattern I decided for Federkleid (Limetrosen II) worked staggered at the opening and covering the thread ends. 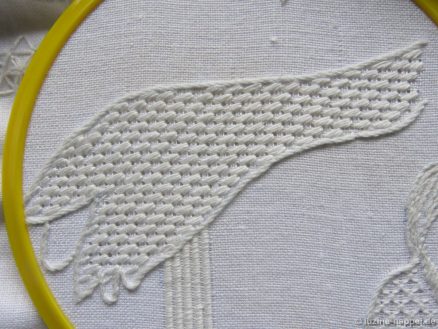 On the opposite side of the roof the pattern was worked mirrored. (Later I got the idea to work the roof with a more modest pattern – couching (Early Schwalm Whitework)
would be perfect, but I had already withdrew the threads.) 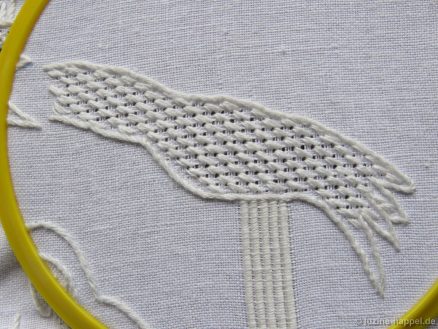