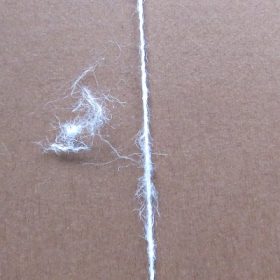 Linen is a natural product. The end product is only as good as the preliminary stages allow. And so it makes sense that each batch of material from the Weddigen linen mill is slightly different from previous ones. This is normal and to be expected.

Recently I received some linen that looked, at first sight, different – it had many small fluffs on the surface and also some scattered bits of fibers sticking out. And I experienced more typical linen slubs as in other batches of the same article with other width. This linen is article #925 with 16 threads per cm in a width of 2.30 m.

Slubs found in linen are usually no problem; they establish the typical character of the fabric. But what about the bits of fiber sticking out?

For a test I cut a small piece. When I cut along a fabric thread, 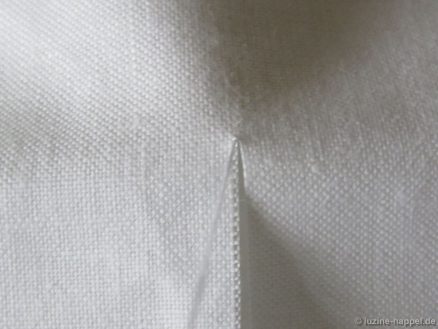 I immediately met a thread with a distinctive array of fluffs, 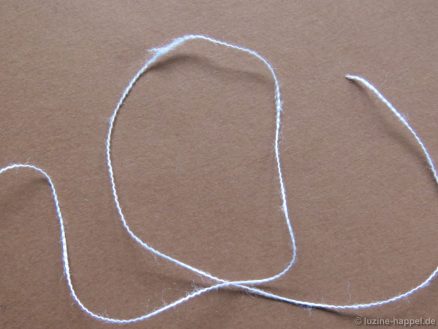 as seen in the detail image below. 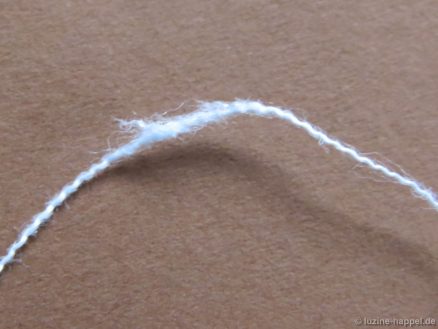 I made a test to check the strength of the thread; pulling it to see if it would break, I was surprised to see that the thread held! 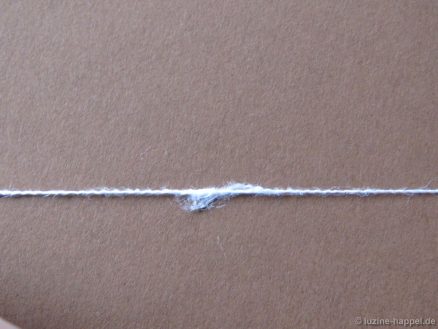 Looking closer I noticed that the fibers sticking out could be pushed back and forth along the length of the thread. Thus they had not been tightly spun into the thread. I picked them out and 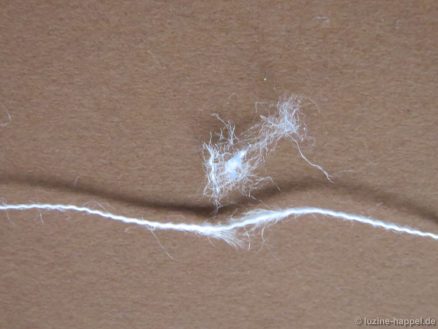 tested the breaking strength again. The thread held, and it is seen in the picture below that the thread itself did not get thinner. This result was reassuring. 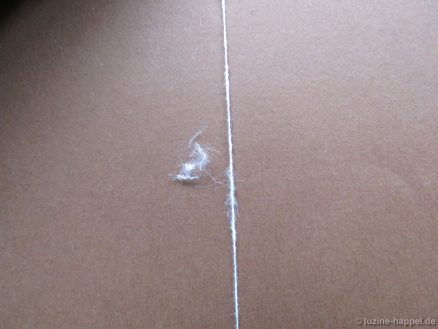 But what about the fiber ends sticking out of the fabric here and there? 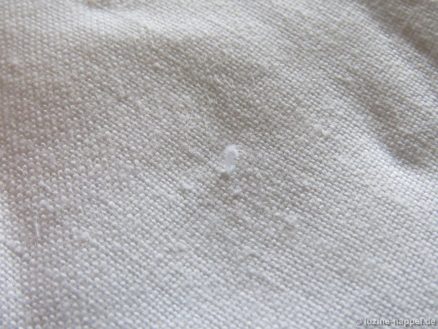 They are easily picked out 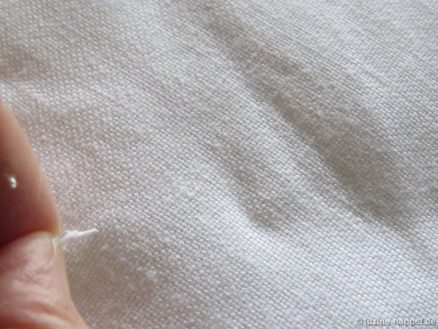 without leaving damages in the fabric. 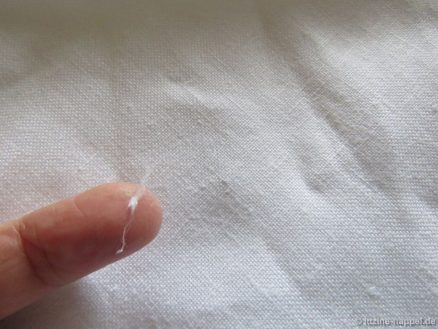 To test the stitching qualities, I transferred a small design (to be shown in a future article). 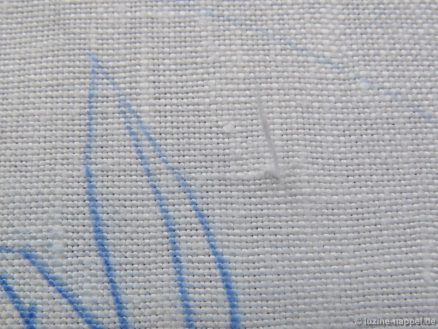 As already mentioned, the fiber ends sticking out are easily picked out. 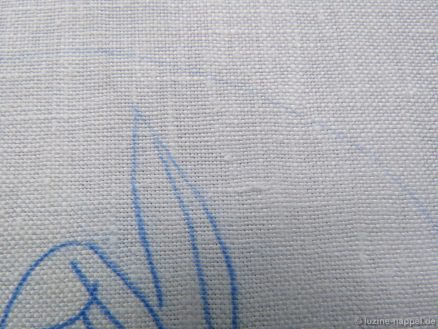 But what about the slubs encountered while withdrawing the threads? 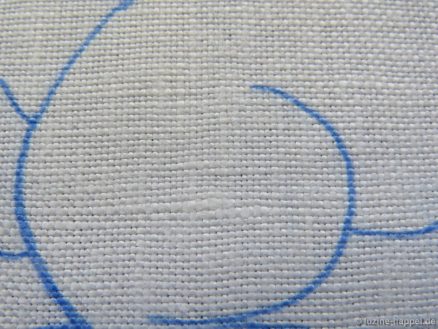 I withdrew threads to establish an openwork grid. 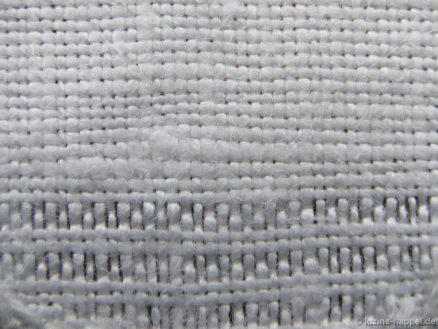 Both threads with slubs 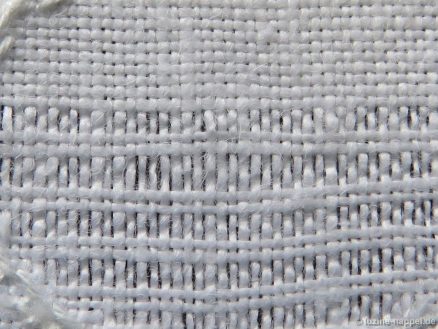 could be withdrawn without any problem. 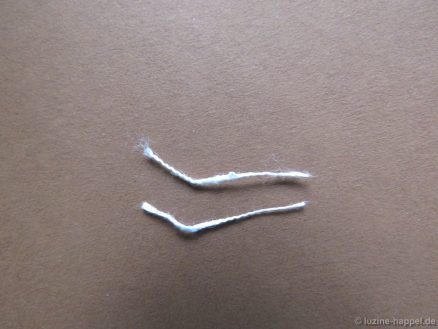 The established holes were slightly wider than the other holes, 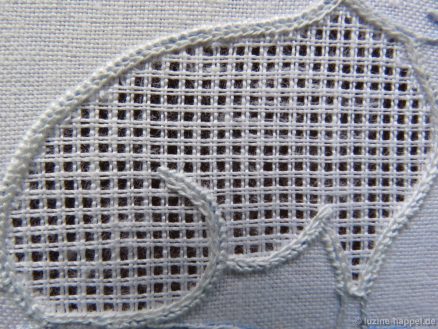 but they were absorbed into the design when working the filling pattern. The number of fluffs in the established grid was not higher than those found in grids worked on other batches of the same article; in fact there were fewer. 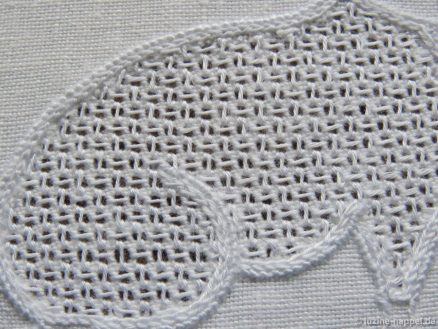 In addition I withdrew a long thread near the edge; it broke less often than it does in other batches.

Final result:
Perceived minor defects were proved to be inconsequential. These are small blemishes that do not hinder usability. It seems that bits of fiber and fluff flying around during the spinning process were not sufficiently noticed. The result was that they became attached to the emerging threads. On the other hand the threads were spun a little bit tighter than usual. Tightly spun threads are easy to withdraw.

In my opinion this linen is perfectly safe and appropriate to use for Schwalm whitework. After laundering the small fluffs disappear, and the typical linen character is especially effective. 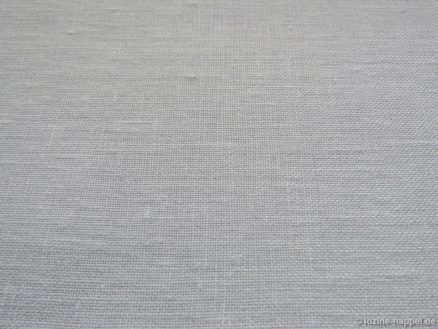