Back in December, an embroiderer told me about a pen that she and her group members use for transferring designs. She highly recommended that I use it, too.
It is a rollerball pen with ink that disappears with the application of heat up to 65°C. 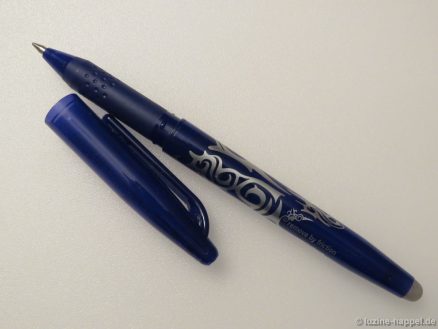 I decided to give it a try. 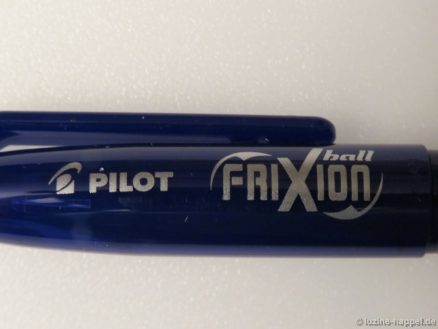 The pen is called FriXion Ball made by the Pilot Pen Company. It comes in different colours and different width. The middle width – 0.7 mm – is available in many local stores offering stationery, so I bought one of these and also some refill cartridges in blue. 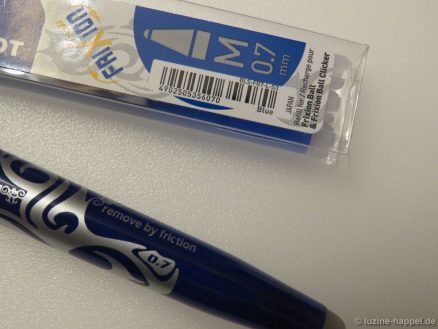 For my test I used a small design and Weddigen linen #180. 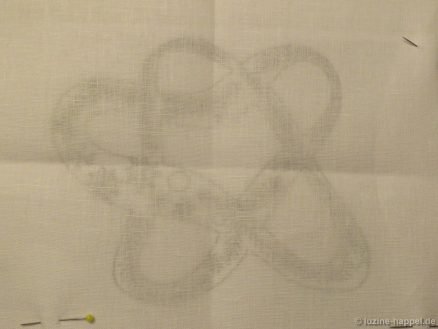 I used a light pad to be able to see the design more easily through the fabric. 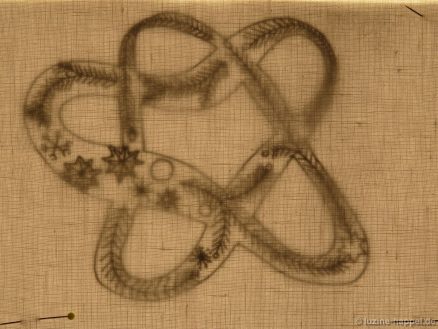 Slowly and carefully I drew lines along the design lines. For me – accustomed to using iron transfer pencils – it was a little slow and a bit arduous. The constant up and down of the pen point crossing the threads made my lines a little bit wobbly. (Perhaps more practice would help to improve this.) 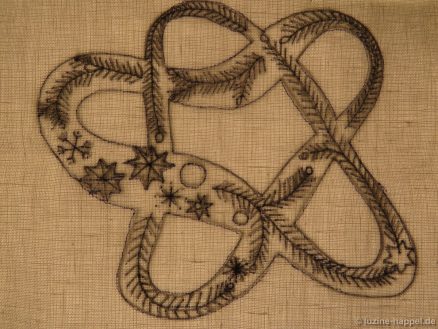 However, the lines turned out fine and clear. 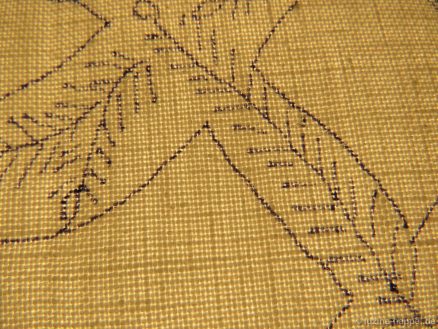 Embroidering along the lines was no problem. 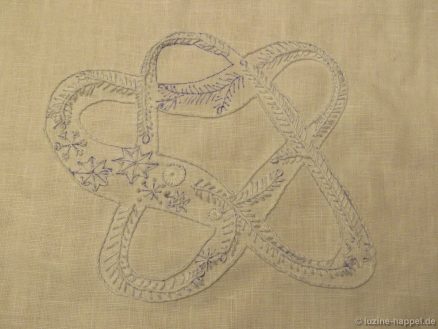 Because it is said that higher temperatures will erase the design lines, I applied heat with the help of a hair dryer. After some seconds my piece was free of pen lines. 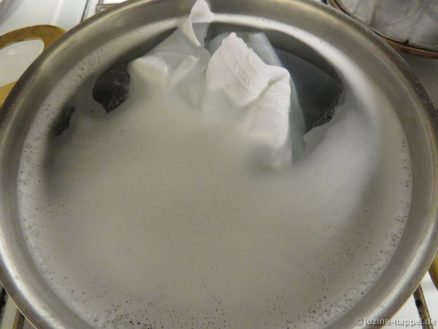 And after it was boiled for shrinking, dried, and ironed, I was very satisfied. 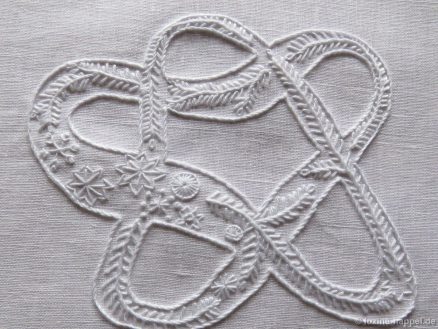 Normally the pencil is used for writing. And it may happen that sunshine will delete the written text by accident. The product specifications state that deleted lines will appear again in cooler temperatures: a short time in a freezer (-10°C) will help to restore the lines.

This is good to know in case the piece is taken outside on a warm and sunny day and the design lines disappear.

A finished piece of embroidery is seldom exposed to freezing temperatures. However, I did place my finished test piece into my freezer. 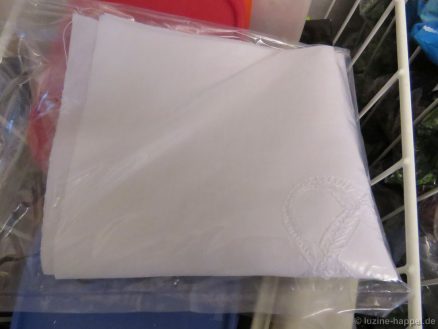 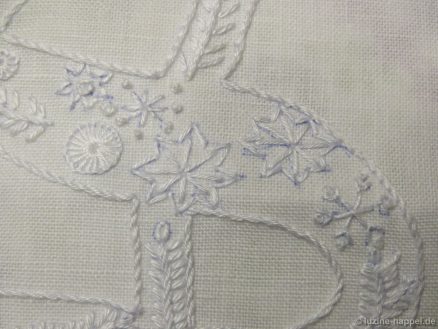 This shows that the ink, although invisible, is still remaining on the linen.
I began to wonder about the damage the ink might cause linen and whether the lines would, in time, reappear in a different color (such as yellow or tan).

The lady who suggested the pen to me reported that her group has used it for more than two years and with no adverse effects. She also told me that the pens with a wider point ease transferring.

After careful consideration, I cannot, in good conscience, recommend this pen for transferring designs for white embroidery.

I will subject the pen to an endurance test in the near future, and I will be sure to share my results with you.