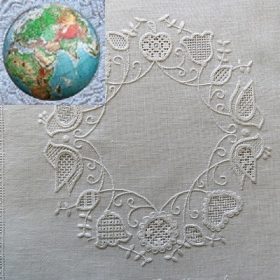 So far I have received the sampler contributions in various packaging: envelopes, rolls, and parcels.
I want to let everyone know that it is okay to fold the embroidered linen so that it fits inside an envelope. 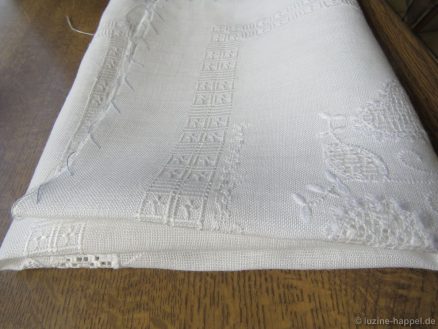 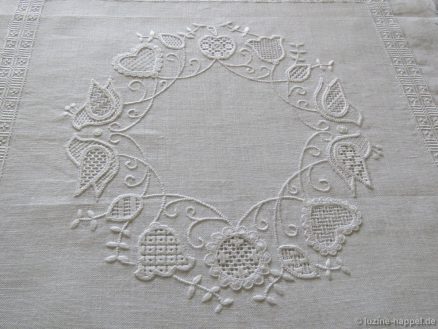 When the pieces are folded dry, I can iron them completely smooth again, as the following pictures show. So you do not have to incur increased postage costs for large or special packaging.

Two more contributions to the global sampler have arrived.

“Some people think this wreath just as a wreath, cooperation, Japanese flag or virus itself. Anything is ok, and feel we are united people on the earth getting together on the virus.“

The teacher of Schwalm whitework at a well-known handcraft shop in Sapporo has put together traditional motifs such as hearts, tulips, and birds in a wreath shape and surrounded them with many tendrils, leaves, and eyelets. In the finest work, she has embroidered a wide variety of filling patterns. Limet patterns, openwork patterns, and also patterns without thread withdrawing can be seen. This was possible because the linen used is not very densely woven. The elaborate wreath was framed with a double border of Satin stitch patterns. 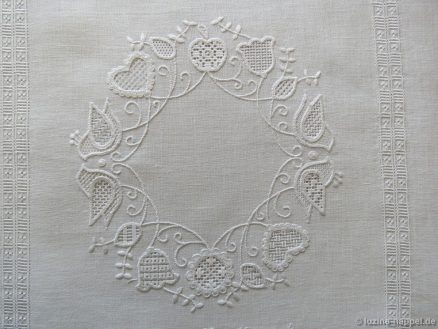 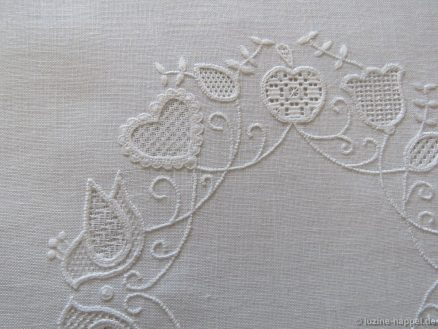 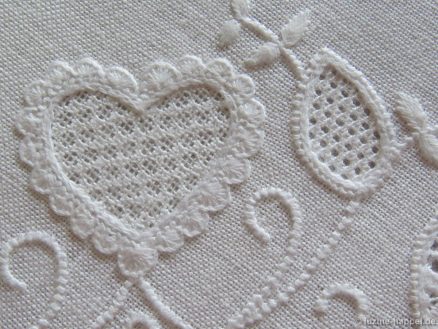 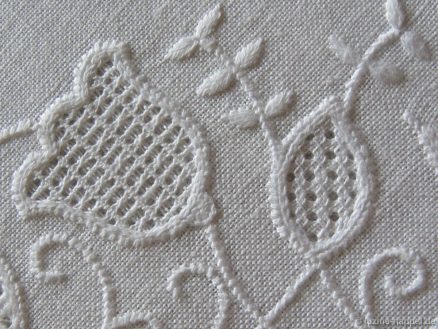 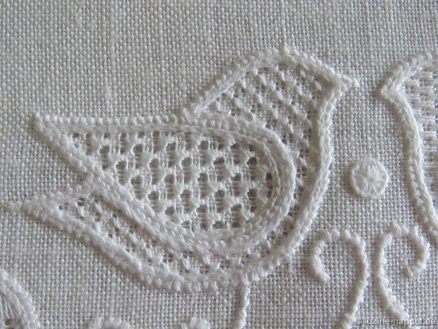 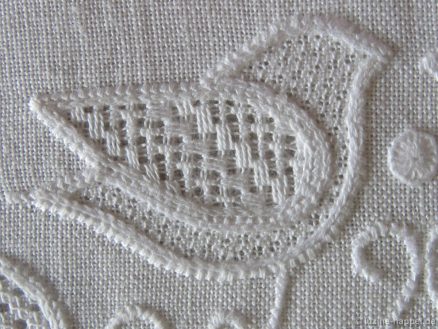 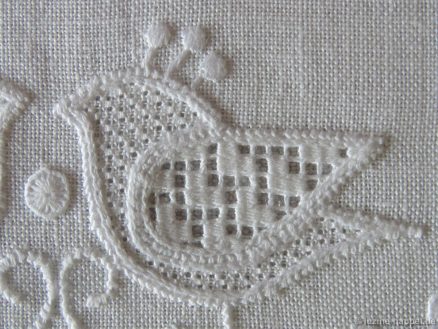 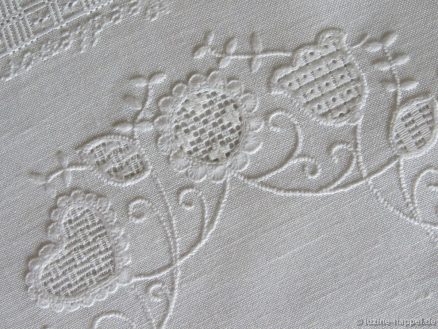 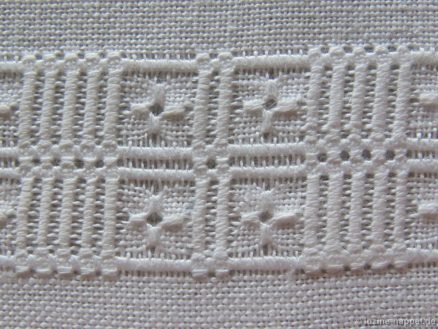 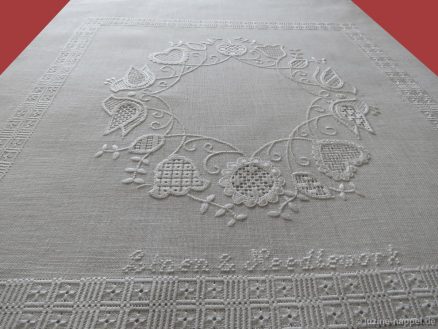 #12
Thérèse-Marie Marsollier from France shares her passion for Schwalm whitework with us and thinks the initiative is wonderful. She chose the motif of a bear – but that of a teddy bear.

Roughly translated: “The motif of the plush bear ultimately prevailed in my choice, although it is not a traditional motif. I don’t know whether my option was a need for carelessness, a return to childhood or the current situation with which the pandemic is facing us.”

It was a pleasure for Thérèse-Marie to take part in the collective work of art featuring Schwalm whitework. The teacher of fine embroidery skillfully combined various simple withdrawn-thread patterns and Limet patterns in order to achieve the necessary contrasts. She also managed to incorporate traditional elements such as tendrils, small leaves and flowers, Blanket stitch eyelets and half-eyelets into the embroidery.

You can see more contributions in Update 5.