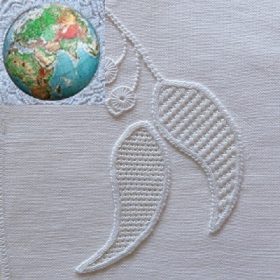 Currently, the COVID-19 pandemic has overshadowed the issue of climate change a little, but global warming still looms large.

Today all over the world, many trees are being destroyed from both natural disasters such as storms or floods, fires, and the beetle plague and man-made disasters such as the slashing and burning of large swaths of rain forests.

Australia experienced disastrous forest fires this year as a result of drought and heat.

#52
Ann Kennon from New South Wales, Australia created a small embroidery in response to the bad fire season of her home.

She wrote: “My inspiration of this embroidery is the horrendous period of catastrophic bushfires we experienced in Australia, particularly in my state (New South Wales), over our Spring and Summer. Eucalypts are the iconic Australian forest tree, and the total destruction of eucalypt forest in my state was many millions of hectares, with much of that in national parks. This devastation is very distressing, and although there is regeneration occurring, it will be many years before our forests look once more as they should. As well, there were many millions of animals and birds destroyed as well, which is heart-rending.

In the mid 1990s I created a small embroidery in response to a very bad fire season at that time. The enclosed embroidery is another such response, and is of eucalypt tree leaves and seed pods. Eucalypts, of which there are many species, are known locally as “gum trees” and the seed pods as “Gumnuts”.“ 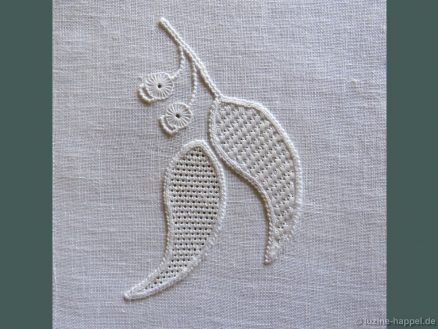 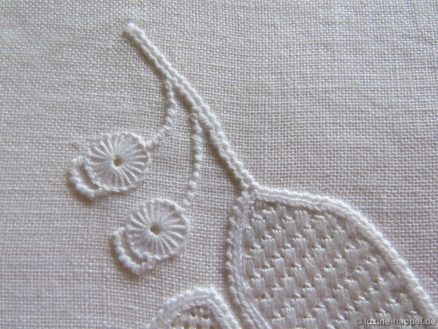 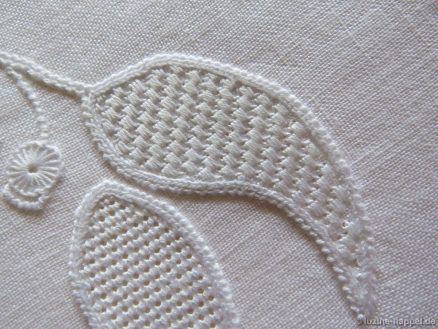 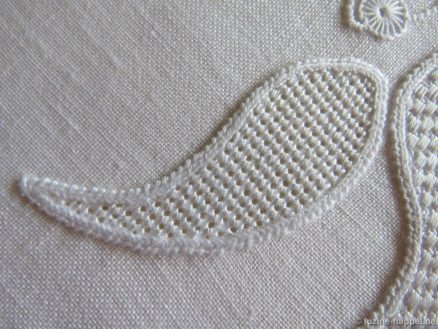 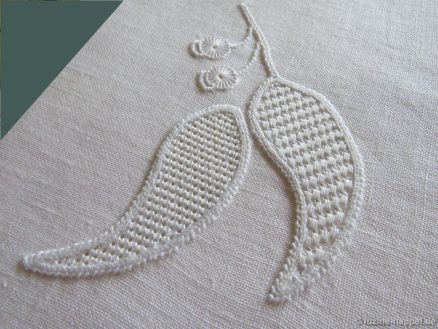 Nicola (Nikki) Fairhurst, from the United Kingdom sent a beautiful, more traditional design with hearts and tulips arranged around a circle. Originally embroidering Canvaswork, she graduated top of her class from the Future Tutor course at the Royal School of Needlework. Schwalm whitework has been added to the subjects that she teaches.

She wrote: “In my design the hearts are linked together around a circle – as we all need to work together around the world to help defeat the Covid pandemic. I included Tulips as a reference to the part of England I spent most of my childhood – South Holland in Lincolnshire. In spring the fields are full of colour because of the tulips and daffodils that are grown commercially in the area.” 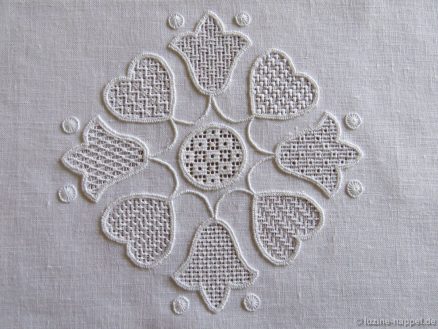 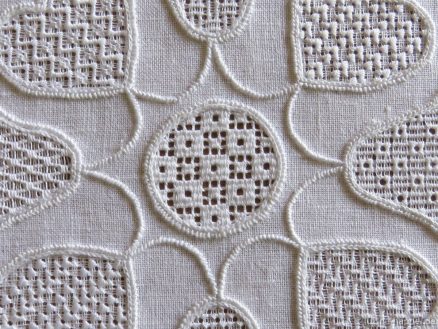 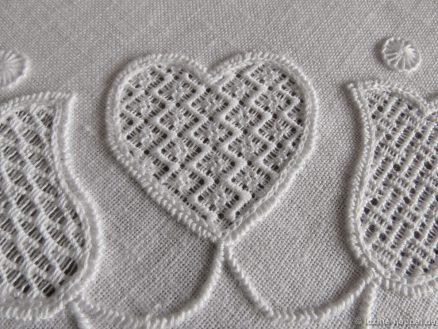 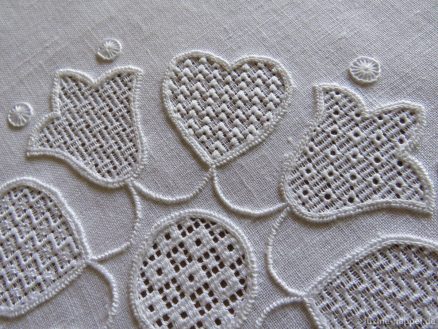 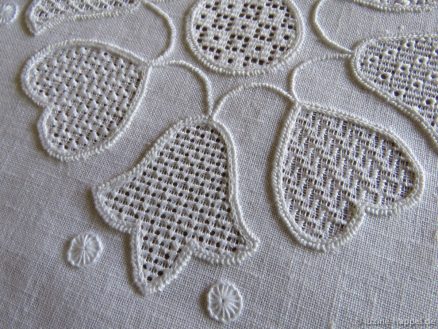 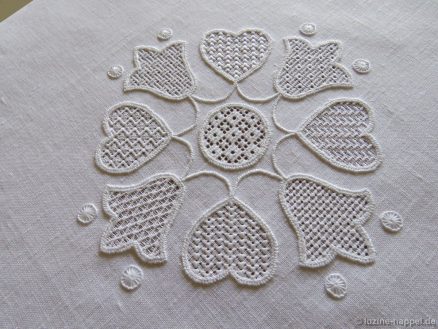 You can see more contributions in Update (16).