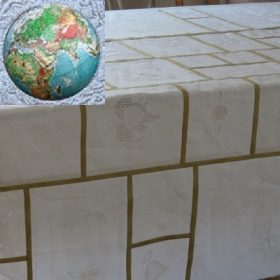 Before the ten columns of the sampler could be sewn together, the connecting strips had to be cut first. Since I didn’t want any pieced strips, they were cut at their full length along the warp direction of the fabric. The back strips were marked and ironed.

The long seams were again prepared very carefully by clipping and then basting. (Every now and then when sewing with the machine the upper thread breaks or the bobbin thread comes to an end without my noticing it immediately. Therefore, it is good to have securely joined the fabric layers with short basting stitches.) 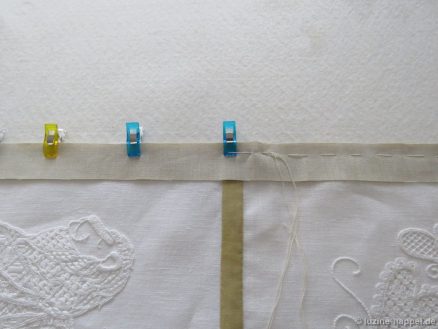 Sewing on the machine went relatively quickly. After a few hours I had already joined several columns together. Actually, I wanted to quit working for that day. But it was a sunny day, and I prefer to work in bright natural light rather than with electric lighting. So I decided to take advantage of it and kept working for a while. Then it happened: I was probably losing concentration, and so I incorrectly sewed a back strip – with the front facing downward! 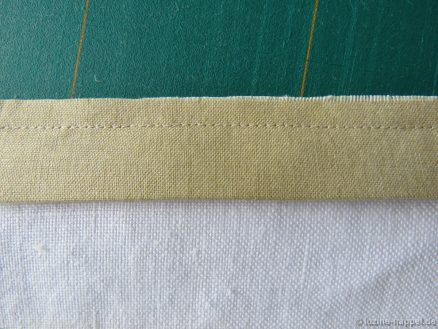 To make matters worse, this column had a lot of loosely woven edges, which I had connected to the strip with additional zigzag stitches. I found it impossible to remove the many hundreds of small stitches. Leaving the strip upside down would have made the hand seam very difficult, because it is not easy to flip an already strongly ironed fold. So what should I do? I put the piece aside to have time to consider. 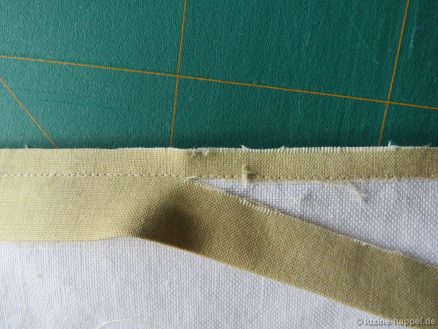 The next day the solution was there. The strip was carefully cut through close to the seam so that the wrongly sewn fabric could be pulled out from under the seam and removed. A new strip was attached with another seam close to the first on the back. This hurdle was cleared too! 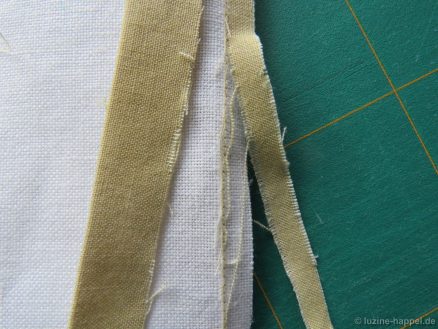 The long hand seams were also a bit of a challenge. The columns were placed on the table with the connecting strips on the edge. As the seam progressed, the book to raise the tabletop was pushed further and my chair moved further. It was a little tedious but workable. 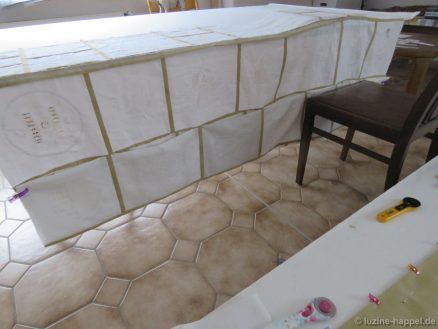 The downward-hanging columns were rolled up and pinned so they wouldn’t hang on the floor. 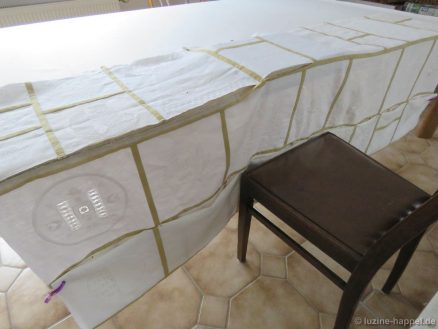 In the process my patience was put to the test. The constantly knotting thread made it impossible to work quickly. When I was angry about it, I often stabbed my finger and had to be careful not to get a drop of blood on the sampler. 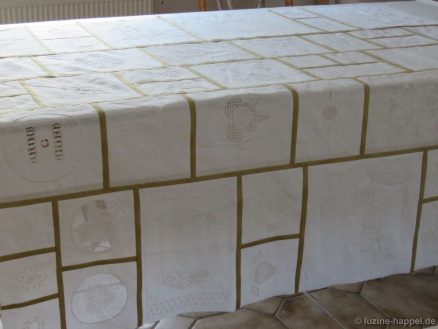 With each additional column, the quantity of fabric increased – making the overall weight heavier. The heavy weight of the fabric made it more difficult to control under the sewing machine’s presser foot. Therefore, I first put together two parts of five columns each. In the end all the ten culomns all together weighed a total of 2170 grams. 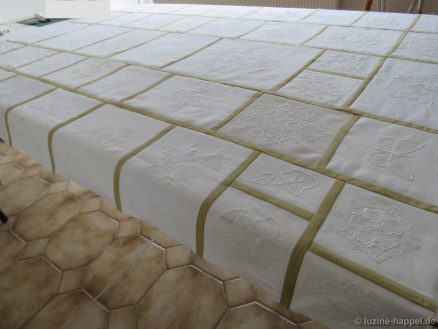 I will need someone to assist me in sewing the two pieces together.