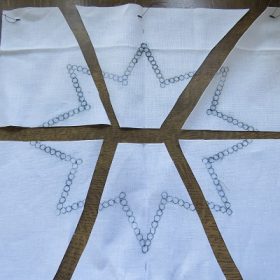 I was asked if a cloth with a pre-transferred design could be ironed before embroidering or would the heat set the color permanently.

Since I had no knowledge about this, I decided to do a few tests.

I took a small piece of linen with a pre-transferred design and marked it in three places along one side with a coloured thread. 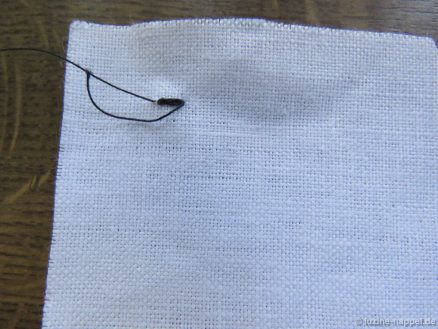 The iron – but without steam – was set to the highest heat setting. The marked half of the piece of linen was ironed from the back until a slight scorch appeared. 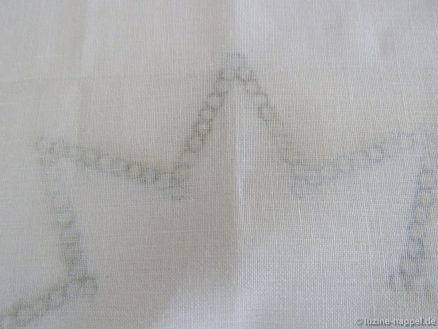 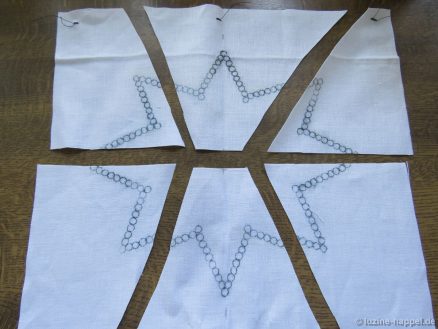 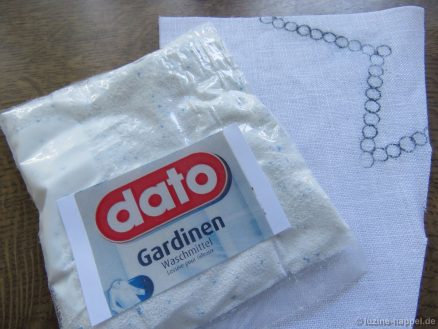 The six parts were inserted. 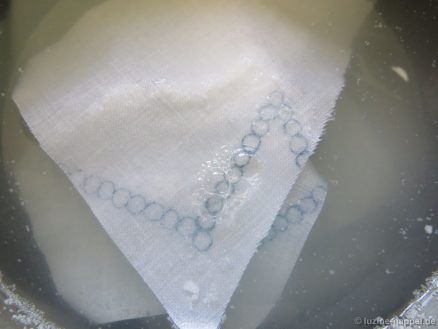 After two days of soaking, the color had already softened a little – about the same amount from all pieces. 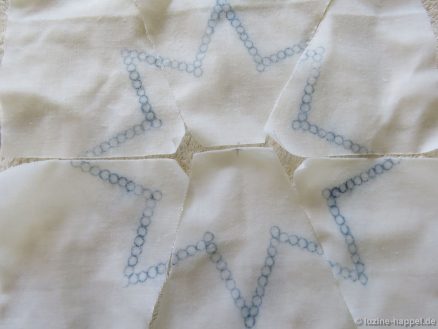 I took one of each, a marked and an unmarked piece, and was able to remove the marks by rubbing.

The colour faded significantly with the first rubbing 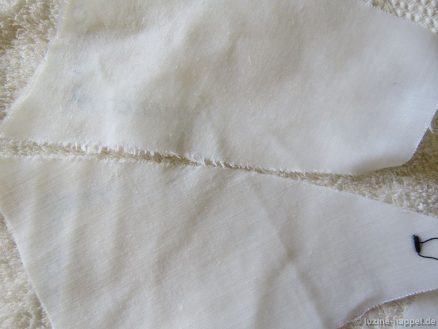 and disappeared completely after rubbing it again. 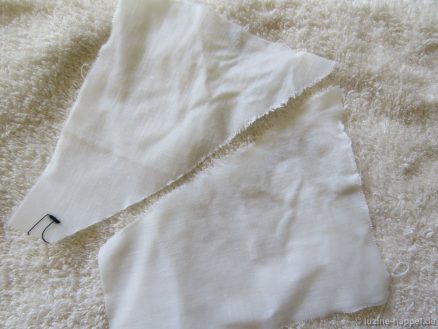 Next, I took a marked and an unmarked piece and put them back into the soapy water. This was brought to a boil. The two pieces remained in the boiling broth for a few minutes, 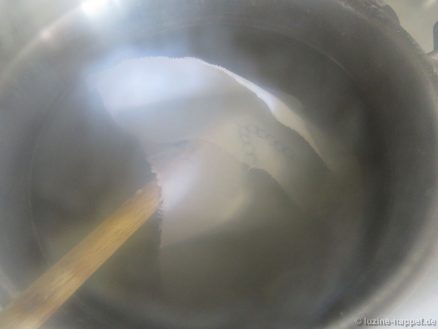 after which they were rubbed in an attempt to remove the lines. 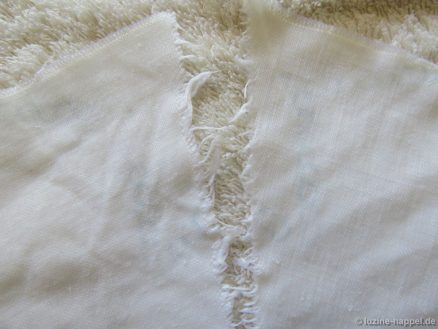 Even after long, heavy rubbing and washing, the blue lines were still clearly visible. They can barely be seen on the dried linen, but as soon as the linen is moistened, they can be seen in shadow.

Also note: In this test, the lines were not embroidered and therefore much easier to reach.

I put the last two pieces back in the cooled wash liquid to soak them for a longer time. However, no other result has been achieved.

Conclusion: The longer duration of the soaking time does not matter.
Dry heat did not appear to affect the durability of the design’s fixation. But damp heat has made the colour permanent.
So if a printed pattern is ironed with a steam iron before embroidering, this can lead to permanent fixation of the colour.

Also, after embroidering, one should first soak the work in lukewarm water and then wash out all the colour. Only after the marking lines are removed should the linen be shrunk by boiling.