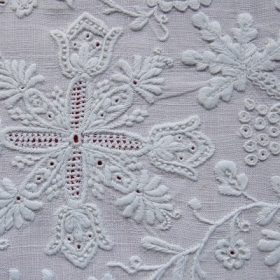 One of the cushion designs shown in the previous post has met with great interest among my blog readers. Therefore, I now show this embroidery in detail. It is about a very special and rarely found Schwalm border pattern. It was embroidered on a parade cushion. The pillowcase is about 200 years old. It measures 45 cm X 82 cm. At 24 cm x 80 cm, the border occupies more than half of the cushion plate. 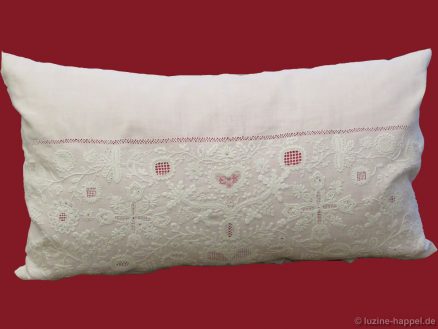 It is essentially early Schwalm whitework.
Coral Knot stitches are hard to find. But in addition to surface filling patterns, there is also a couple of withdrawn-thread patterns. 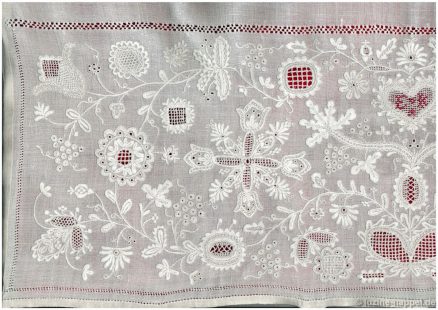 In addition to heart, tulips and sunflower, there are many other flowers, pomegranates and leaves in various forms. Some stems are kept wide and elaborately decorated. Blanket stitch eyelets are arranged in the shape of grapes. Instead of spirals, there are often intricate tendrils.
Not only the tree of life structure emanating from the basic vessel is interesting, but also the cross formations surrounded by the branches. 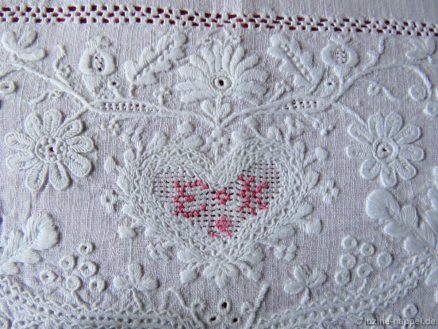 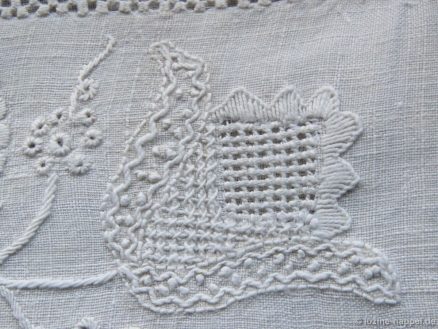 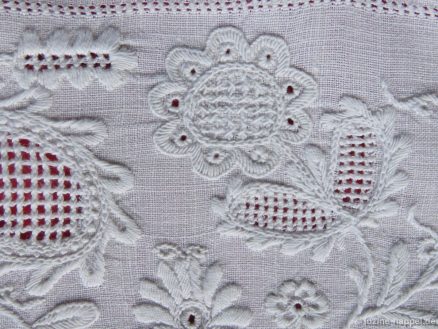 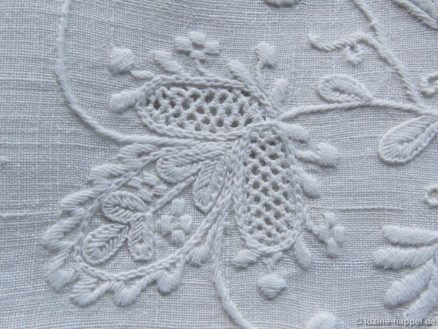 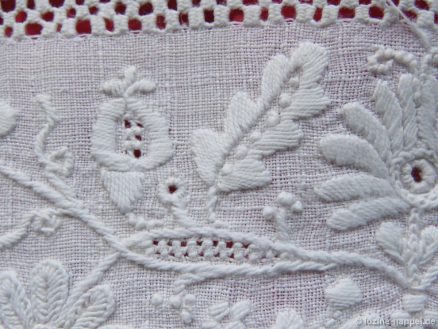 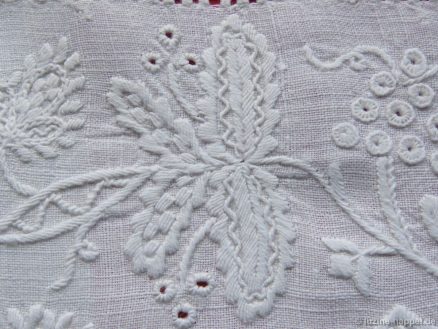 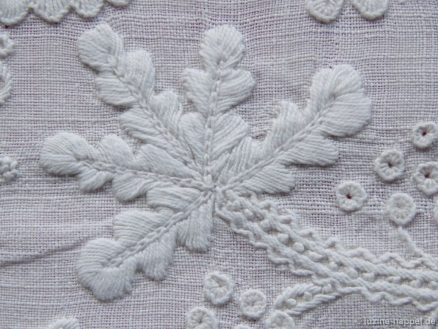 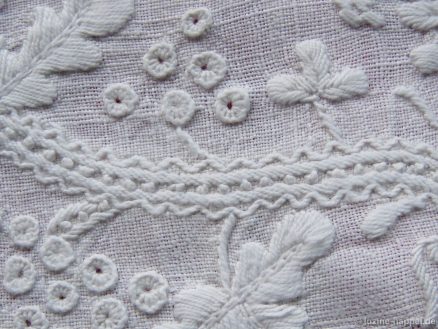 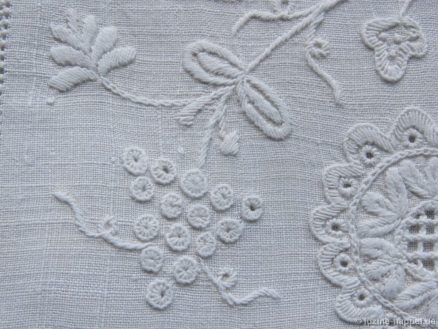 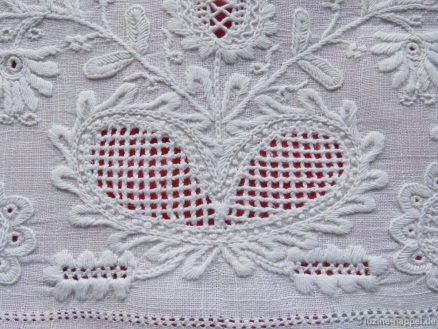 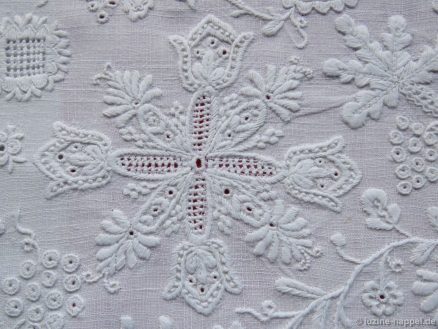 The embroidery also includes some very interesting filling patterns, which will be discussed in a separate article.