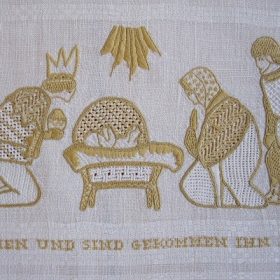 The colour gold and golden yellow in combination with Schwalm whitework has a long tradition. Because mainly gold tones were used to design the crowns.

Nowadays, the warm colour is also used for Christmas embroidery. 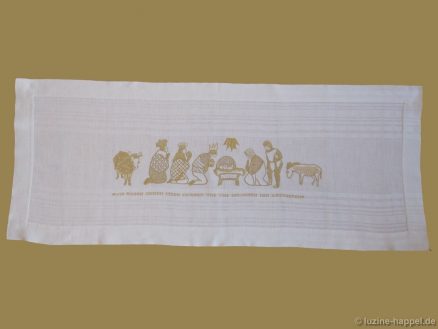 Its sparing use accents elements,

ensures a harmonious rounding off and supports the effect of specific points. 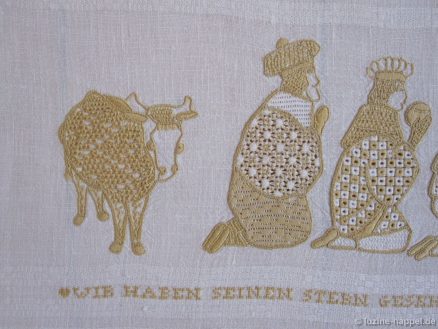 Rarely, a delicate gold tone is used more lavishly, as here in the nativity scene. 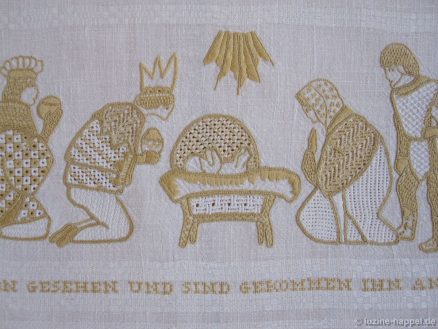 All outlines and most of the filling patterns are embroidered in gold. 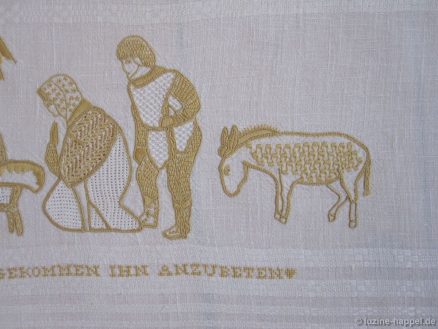 Some single designs were embroidered in two colors in some areas of the robes of the Wise Men. 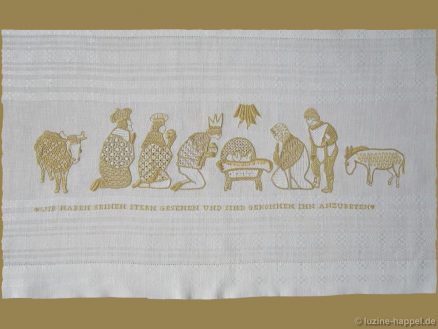