A Comparison of Iron-On Transfer Pencils 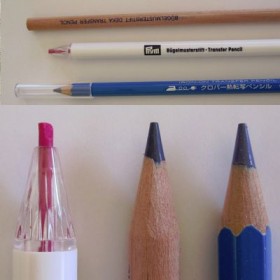 An approved method of transferring a design to fabric is that of using iron-on pencils. I decided to test the products of well-known companies and to share those results with you.

Prym withdrew the established blue transfer pencil from the market and replaced it with a red pencil (you might still find some Prym blue transfer pencils still on the market, or have one in your supplies).
The tests were performed on pure linen only. And all three companies note in their product descriptions that the pencils are suitable for natural fibers only and are not meant to be used on synthetic fabrics. Also, all three mention that the pencils should not be used to draw directly on the fabric, but should be used in iron-transfer applications only. 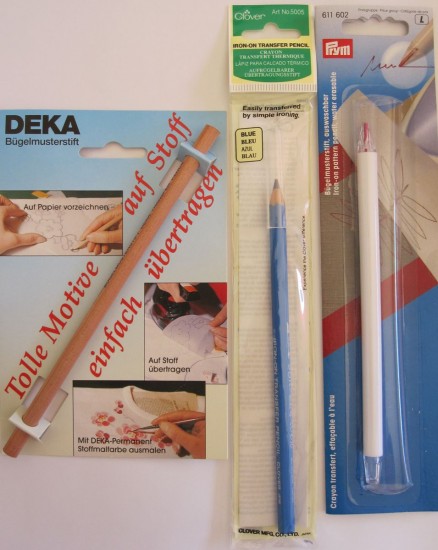 Two pencils have been sharpened as well as possible, for the third I exposed about 3 mm of the core.

For each pencil test, I secured a transparent sheet of paper over a simple heart design. 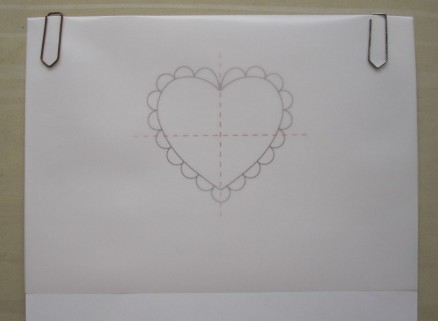 Then I traced the design with the particular transfer pencil. Using an ordinary pencil I marked crosswise and lengthwise guidelines outside the design and marked a cross at the center point. A short distance from the design, I placed a letter representing the respective pencils (P=Prym, D=DEKA, C=Clover). 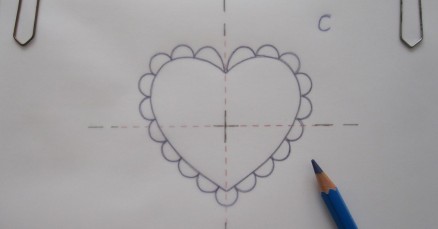 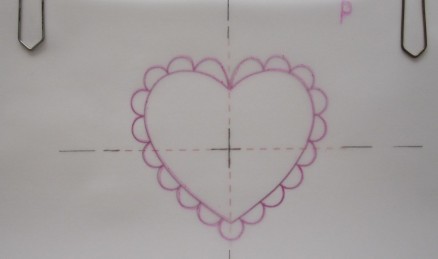 The Prym pencil broke once and twice I had to lengthen the core. It also left behind small bits of core debris. This pencil would become used up relatively quickly. The DEKA pencil faded a little bit. And the Clover pencil produced a very light line. 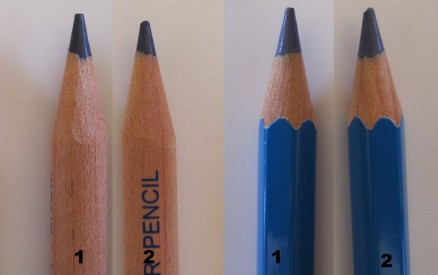 Using a needle and thread, I prepared a 20 cm wide linen strip (Weddigen linen, 13.5/cm thread count) by marking the lengthwise grain, and then marking the crosswise grain spaced to accommodate the heart designs.

The transparent paper with the traced design was positioned face down on the linen, lining up the thread markings on the linen to the guideline markings on the paper. The paper was secured in this position (please do not use tape because the heat of the iron will melt it). 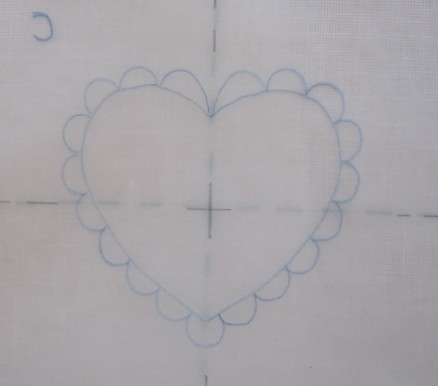 The iron was heated to medium-high and I transferred the design as often as possible.

From the Clover pencil, I got one good copy. The second copy was too light to use – even though I applied the iron for a very long time. 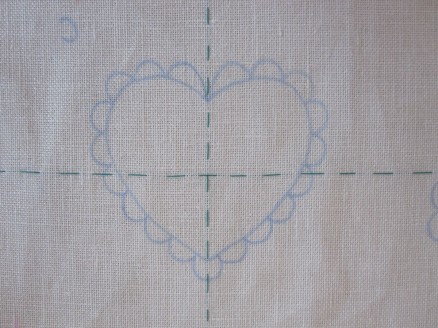 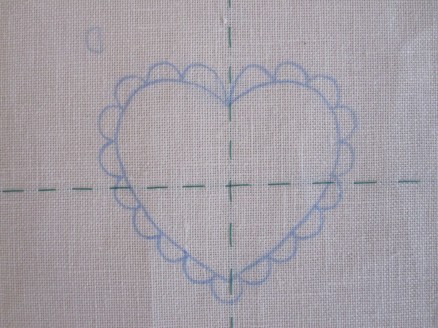 Using the Prym pencil I had to iron a very long time – near to scorching – to get a copy. But in all I got 5 good copies; the sixth was too light to use. 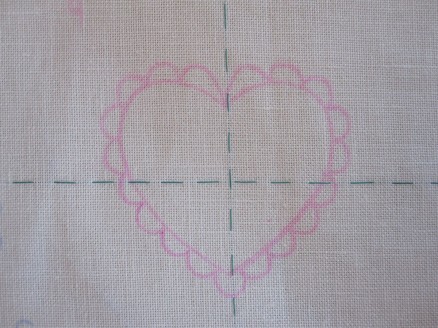 What is not visible, at first glance, but is certainly not desirable when working, is the thick lines produced with the Clover pencil.

I embroidered the most clear transfer from each pencil. The remaining transfers, I laid near a window to determine how the daylight and the sunshine would affect them. After only a few hours the Prym transfers faded significantly; the DEKA transfers lost some of their vibrancy; and the Clover transfers suffered the least change. 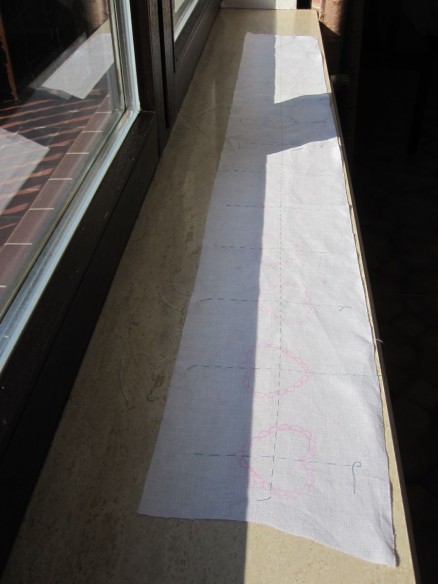 How to work Coral Knot stitches is described in great detail in my book “Basic Principles of Schwalm Whitework”. The progress of practicing such stitches can be followed by Kathy Andrews who is still perfecting the technique of Schwalm Whitework.
http://www.theunbrokenthread.com/blog/2013/09/25/white-coral-knots-lots-and-lots-and-lots-of-them/
And a video showing how to work the stitch can be seen here:
http://www.needlenthread.com/2008/07/video-tutorial-coral-stitch.html
However, please note that Mary Corbet´s Coral Knots are spaced too far apart for Schwalm Whitework. 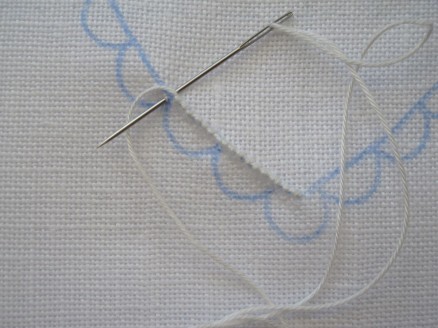 The half circles I filled with densely placed Blanket stitches making half-eyelet scallops.

While working I saw no fading in the DEKA transfer. 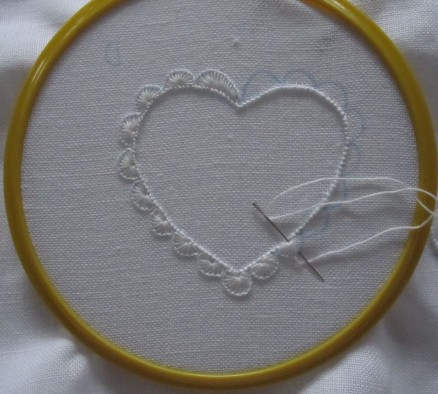 As can be seen in the contrast of the primary outline to the outline of the nearly completed embroidery, the Clover pencil faded during embroidering. 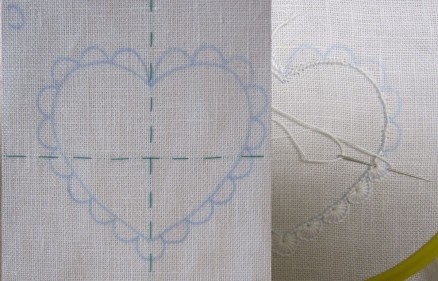 With the Prym transfer, at first I had the impression that the Coral Knots had become pink; that was not the case. The impression of pink was due to the very wide outlines. 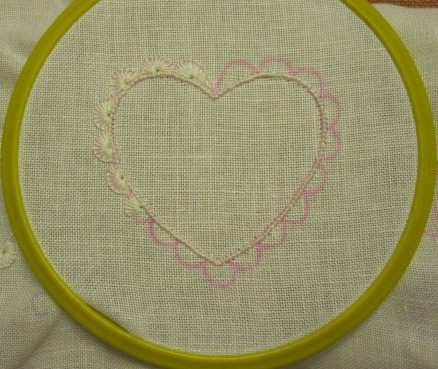 After working Chain stitches and filling patterns, I laundered the pieces. Soaked and treated with a bar of soap, all blue lines disappeared very quickly.
Although Clover warns in its product description that all lines have to be covered with stitches because they are not water erasable, all Clover lines are gone, as is the “C”.
Some more time was needed to remove the Prym lines. Washing powder and about 5 minutes of boiling were enough to erase these lines. 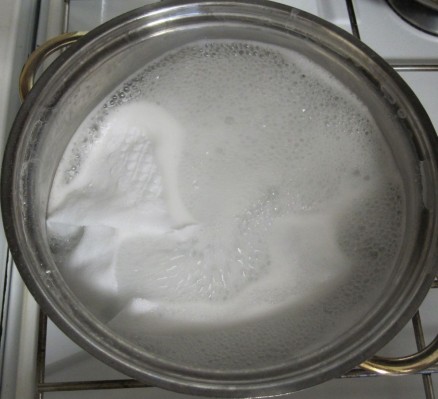 In the end all three hearts shined in trace-free pure white. 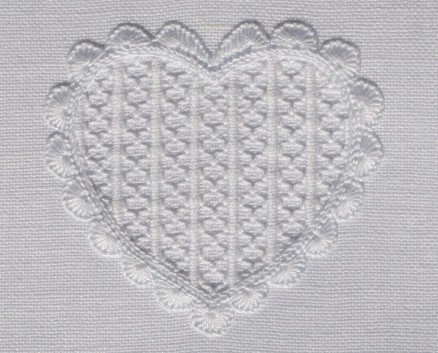