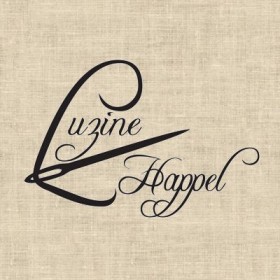 In my post of 18 August 2013 “Linen: Embroidery Fabric from Flax Fibers”, I explained the importance of using the appropriate materials when working Schwalm embroidery, and discussed the differences in linens. I have mentioned many times on my website that Weddigen linen is the best linen for Schwalm embroidery. However, I know that many of you have found it difficult to find Weddigen linen in your part of the world. One reason for this is that once Weddigen linen leaves Germany, the purchasing distributor (Weberei Weddigen does not sell directly to the public) can re-name it. This means that an internet search for “Weddigen linen” will not produce satisfactory results for the embroiderer looking for embroidery linen to buy.

Some days ago one of my customers emailed me with important news that I wish to share with you. Through her research and after corresponding with Weberei Weddigen, Access Commodities in the U.S., and Threadneedle Street store (also in the U.S.), she was able to ascertain that Weddigen linen is sold in North America under the Legacy linen line distributed by Access Commodities. She also learned that the most suitable linen in the Legacy line for Schwalm embroidery is “Alba Maxima” (approx. 40 tpi) which is sold at Threadneedle Street in Washington state and other fine needlework stores. Please note not all Legacy linens are suitable for Schwalm embroidery.

It is interesting to note that on Threadneedle Street’s website, the Legacy Alba Maxima is listed as a “Non-Evenweave Linen”, but it is indeed the Weddigen linen used for fine Schwalm embroidery.

If one is new to Schwalm embroidery, I suggest using a linen with approximately 34 tpi (13.5/cm). However, a suitable linen with this thread count is not easily found. For beginners who enjoy a little bit of a challenge, the Alba Maxima is perfect. And for those who have some experience and who love very fine embroidery Legacy’s Napery Ivory has approximately 50 tpi.

I would like to clarify some other points regarding the Weddigen linen used in Schwalm embroidery.
In most of my books I have stated “14/cm thread count linen”, but in my blog I have described this linen as “13.5/cm thread count linen”. The linen is described by Weddigen as “13.5”; I did not realize this when I started working on my books. I had simply carefully counted the linen threads on the piece of linen in front of me and found there were consistently 14 threads per cm, and so I described the linen as such in my books. I want to mention this because some time ago a lady visited me; she had bought Weddigen linen 14/cm thread count and, unfortunately, it was not the correct linen because it was not densely woven.

So, please be aware that you can work Schwalm embroidery on linens that have more or less threads per centimeter or inch (keeping in mind the scale of the motifs to be embroidered on the linen), but you will want to look for linen with plump threads that make the linen sufficiently dense. The linen should be as close to evenweave as possible, but some slight variation is permissible.

I hope this information will help you to find beautiful linen worthy of many hours of Schwalm embroidery.

PS.:
Just Mary Corbet left a comment providing the following information: “The Alba Maxima linen by Legacy is indeed perfect for Schwalm …..It can be found through several stores in the US online – Threadneedle Street (as mentioned), Needle in a Haystack, Hedgehog Handworks, Wyndham Needleworks……..”

PS 30.03.2014
Dione van Beynum told me, that she has all Weddigen fabrics in stock in her needleart shop in Nanaimo, British Columbia, Canada. One can order online at http://thestitchersmuse.com