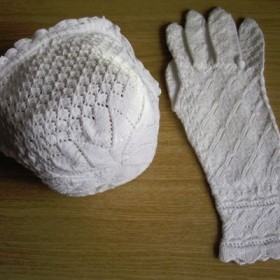 In the Schwalm, stockings, gloves, baby christening caps and baby wraparounds were knitted. 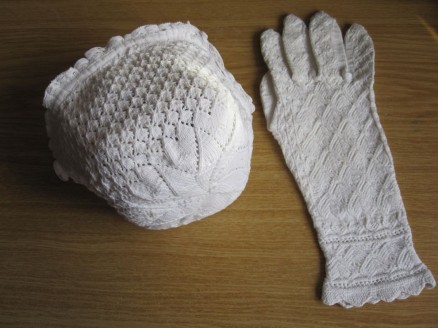 During the time when skirts were longer, lacy designs were common, later the stockings and gloves were knitted with dense, fancy cable designs.

“Wickelschnüre” – baby wraparounds were needed at a time when mothers did not have the diapering conveniences that are available today. The linen diaper was held in place by wrapping the band around the baby. Most wraparound bands were knitted with different patterns and so they ended up also functioning as knitting-pattern samplers.

The traditional shapes of heart, tulip, star and circles were common in knitting patterns used for stockings and gloves. However, the heart and its many variations was the most widely used motif.

The name “Schleifen” (bow ties) was given to designs where the stitches were crossed so that they lay together like small stripes.

“Doppelt” (double) means that the shapes were surrounded by a double line. 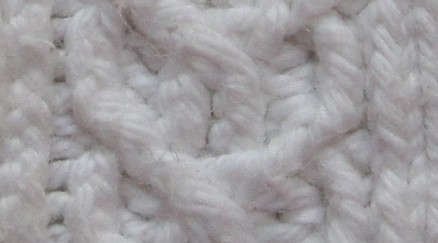 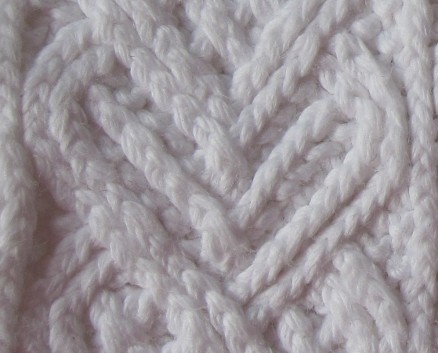 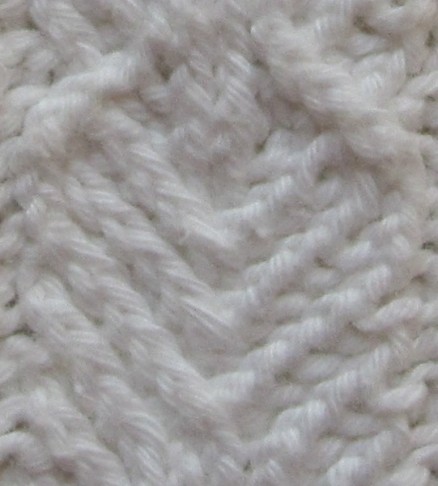 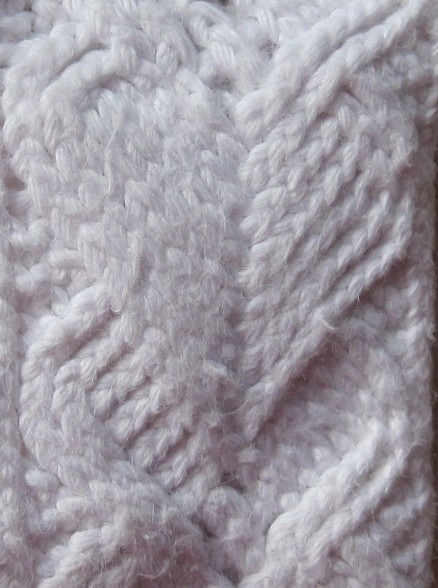 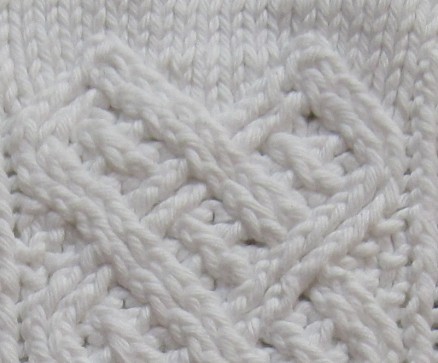 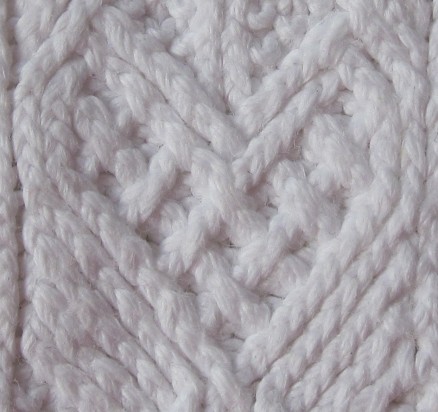 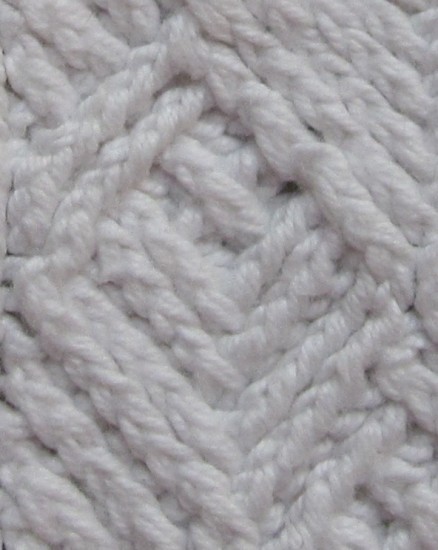 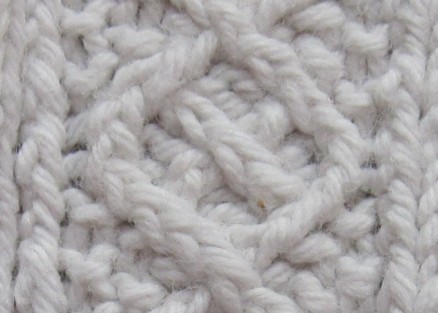 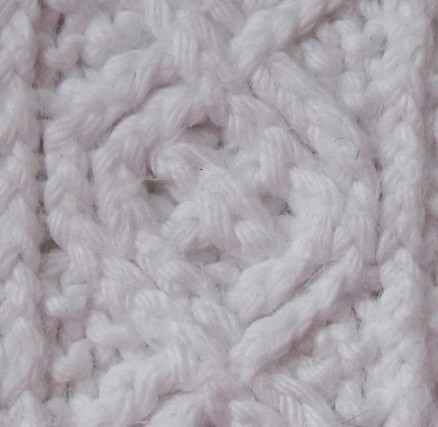 If a circle was knitted with more than 10 stitches, they called it “star”. 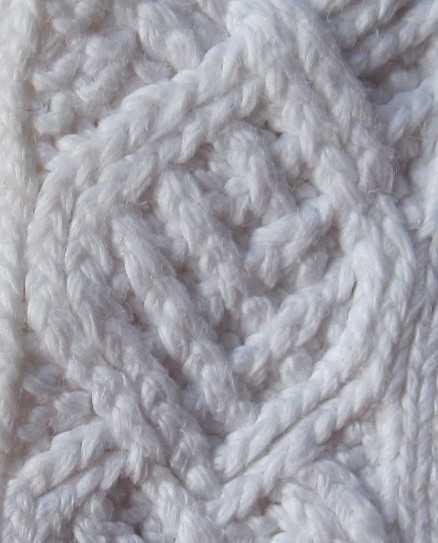 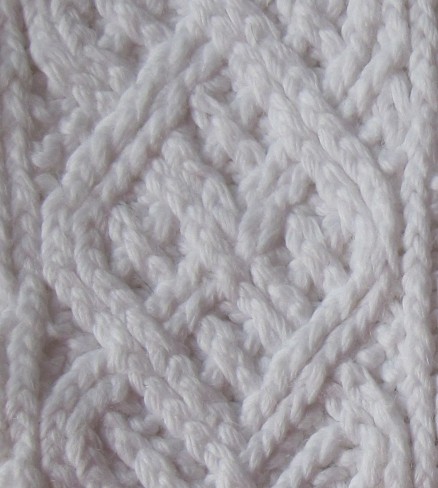 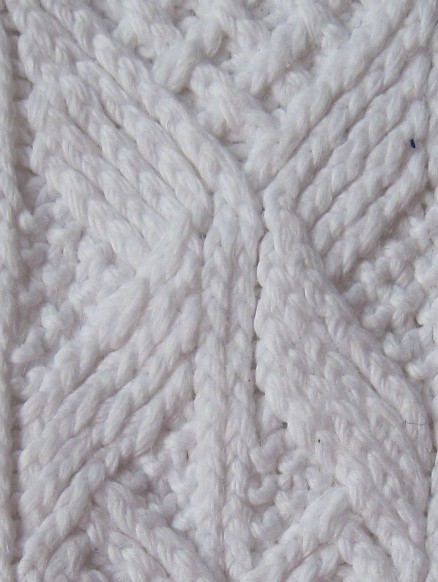 For the pattern in the picture below, I found two names: “bow tie heart with eye” and “flower with eye”. 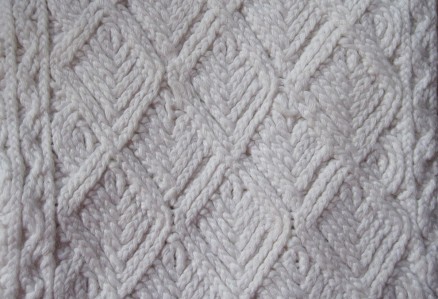 The wristband pattern of a glove, shown below, has a lovely design of “hearts and flowers”. 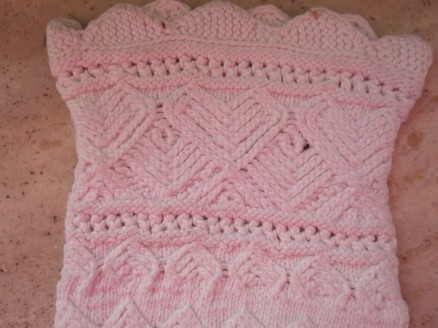 Up to this point, I could not locate and photograph a knitted item with a tulip pattern. However, in the German books, Schwälmer Strickereien – traditional knitted pieces of the Schwalm shown with descriptions and patterns, by Anka Becker, 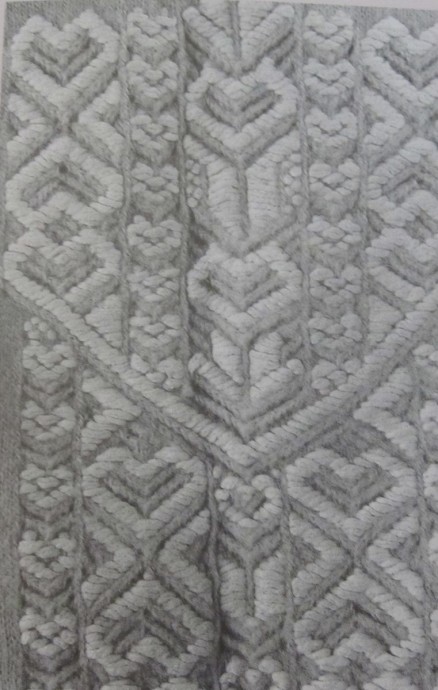 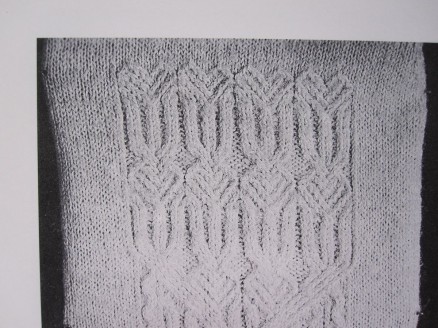 The “stolzen” (proud) Schwalm knitting patterns are usually established by incorporating several of these single elements.

If you are interested in trying this intricate knitting yourself, Anka Becker’s book illustrates the fancy patterns and gives instructions for knitting. 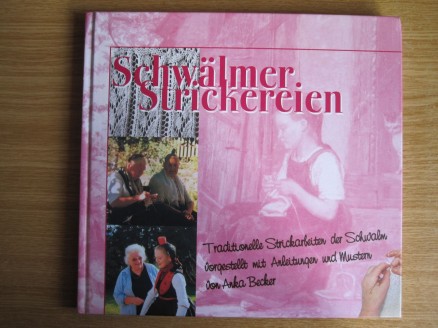 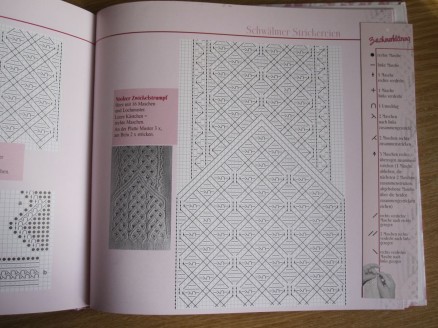