Tablecloth for all Seasons – September: Mushrooms 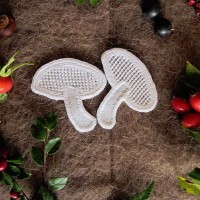 Currently, our forests are full of magnificent – edible and inedible – mushrooms. Nature provides a treasure trove of different models for me to draw. 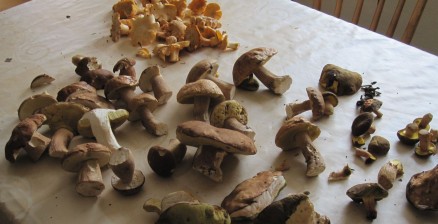 So, for September, I have chosen mushrooms. 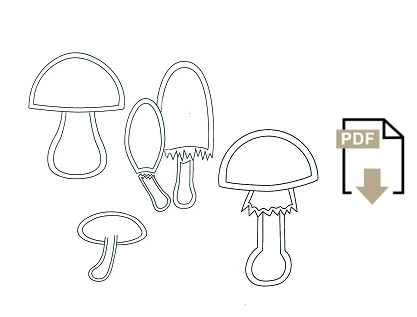 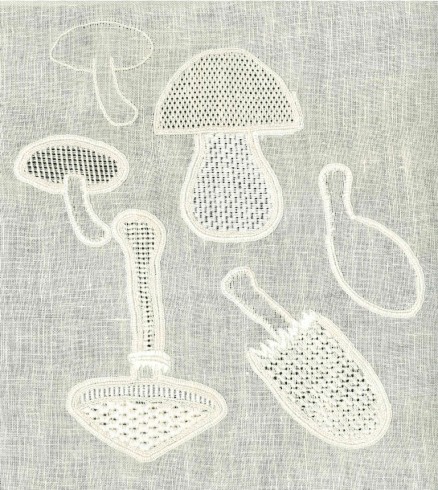 First, the line drawing has to be transferred onto paper using an iron transfer pencil and then transferred to the linen. Because the pieces are cut out later and to not waste linen, the motifs can be placed on the linen close together and randomly. Some motifs will be placed on the straight of grain and others placed on the diagonal – depending on the intended filling pattern. 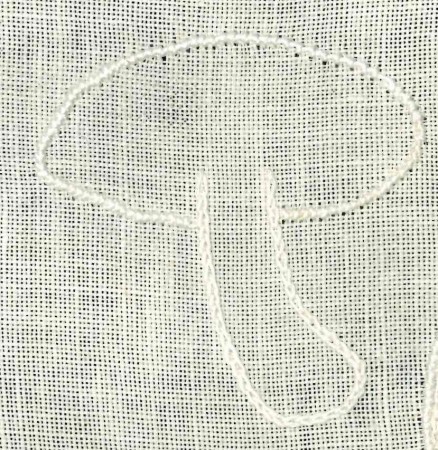 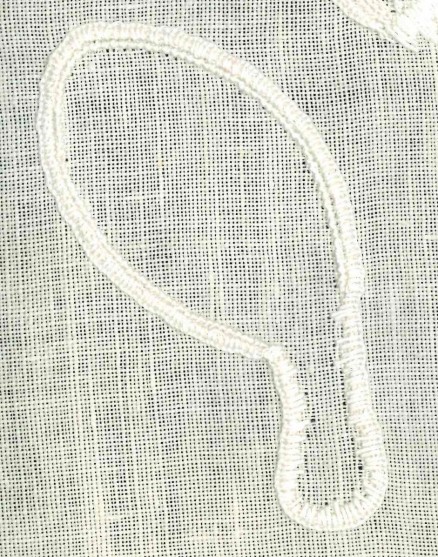 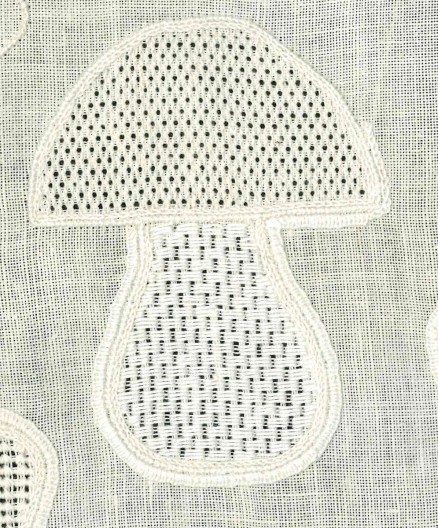 Using Coton à broder No. 30 Chain stitches are worked directly inside the Coral Knot stitches.
In the mushroom above, the sections of the mushroom were filled with matching patterns – see Limetrosen 1, Basic Principles of Schwalm Whitework, Wickelstiche.

Some parts of the motif, such as the frayed bottom edge, are worked with Satin stitches.

After finishing, the embroidered pieces were washed (boiled), starched and ironed. Then, the mushrooms were cut. If needed, such closely trimmed embroidery can be washed and ironed – quick and easy – at any time, but never spun in a washing machine!

Such mushrooms are nice to arrange – in groups or as a single specimen.

As already mentioned in a previous article, all these small projects are only the precursors of Schwalm whitework. 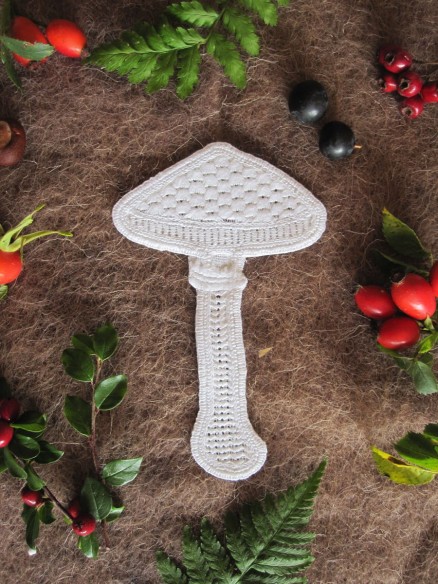 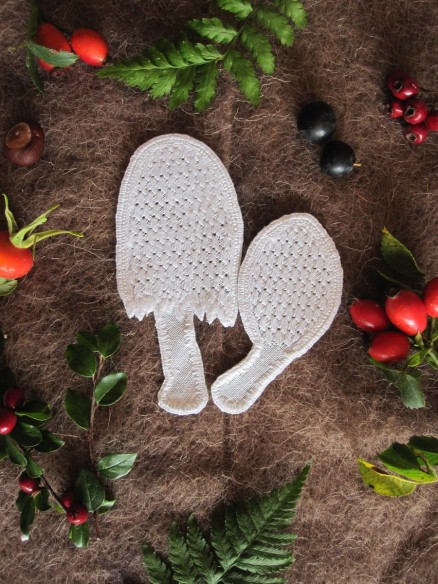 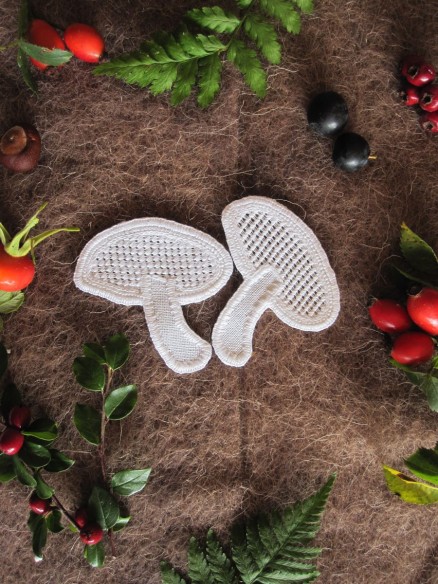 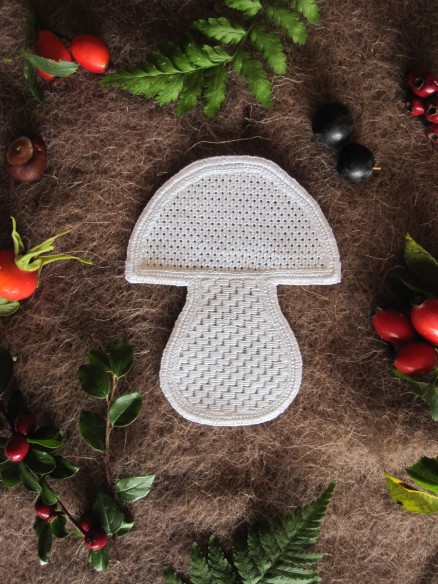