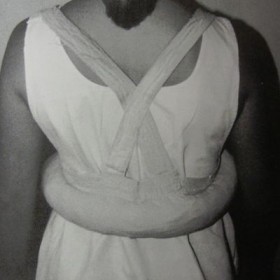 The “Geschirr” (harness) was needed to prevent the numerous (one on top of the other) skirts Schwalm women wore for festive occasions from sliding down. It was worn over the knee-length undershirt. The image below shows a harness being worn. The photograph is from 2004, and is found in `Der Tracht treu geblieben´, Volume 3, by Brunhilde Miehe. 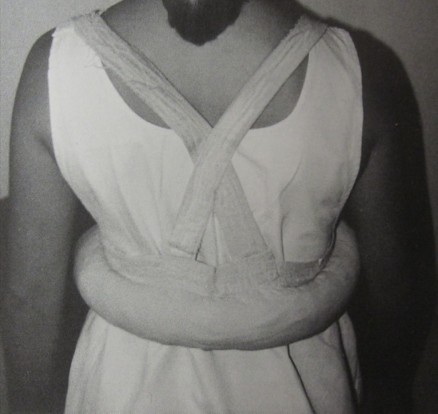 The harness was made of fine linen fabric, and consisted of a thick bolster attached to a flat band of fabric and straps. 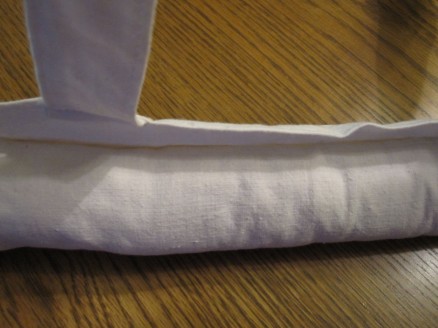 The bolster was tightly filled 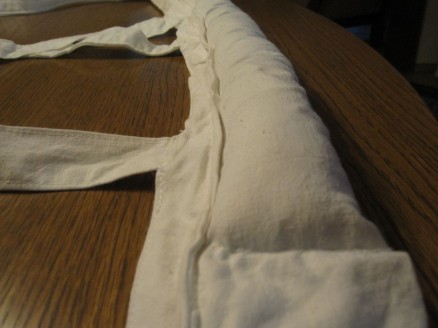 with material people had at their fingertips – hackled flax, sheep´s wool, horsehair or anything else soft and appropriate for stuffing. 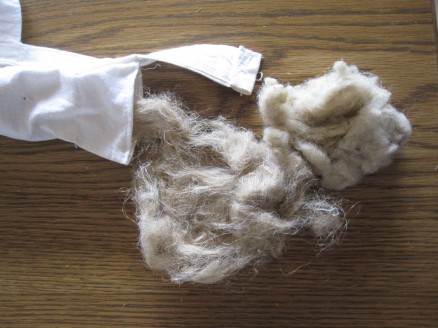 The straps crisscross on the back to prevent them from sliding off the shoulders. 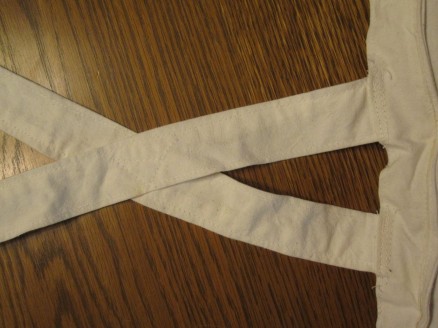 The bolster ends are secured to keep stuffing in place, and several inches of flat band extend beyond the bolster. 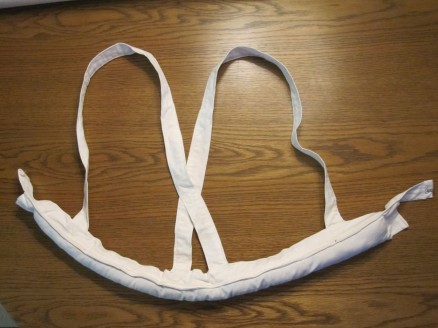 The harness was fastened, in the front, with a hook and eye closure. 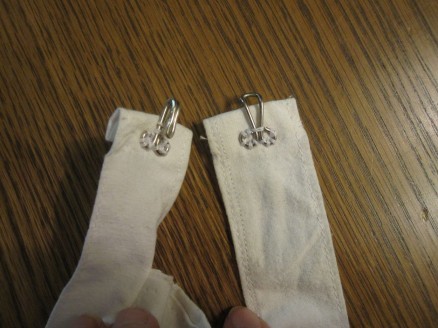 Whereas the straps were placed in the back relatively close to the center, in the front they were attached off to the sides to accommodate the bosoms. 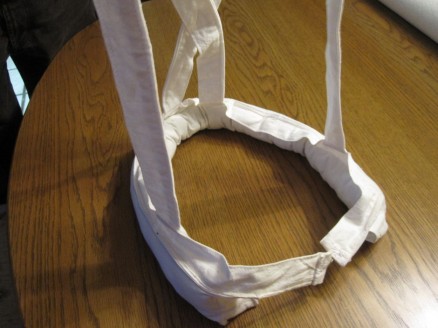 Little girls did not have to wear such a harness. For them the bolster was fastened to the bottom edge of the waistcoat. 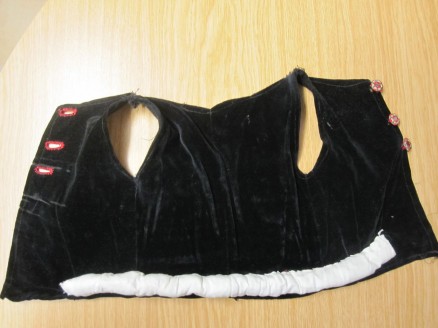