The Corner of the Folded Peahole Edging 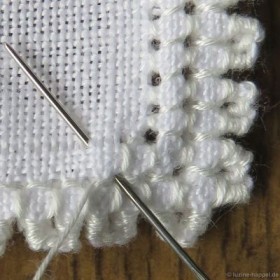 The folded Peahole edging can be easily worked along a straight edge, but one can also turn corners while stitching this edging.

Shown here is a practice exercise only.

First, some distance from both edges, withdraw threads for the folded Peahole. 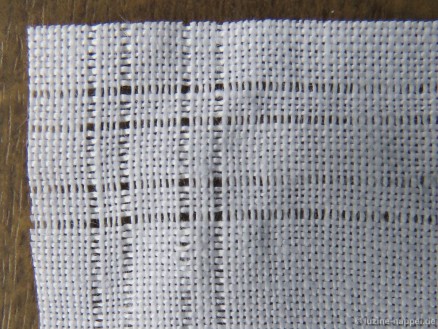 Starting at the point shown in the picture below, 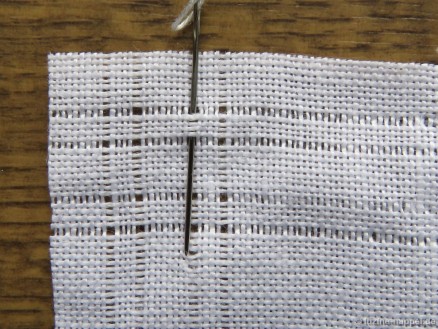 work a number (it doesn’t matter the exact number since this is a practice piece, but it should be an even number) of Four-Sided stitches. 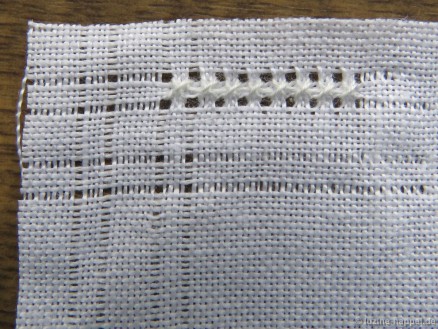 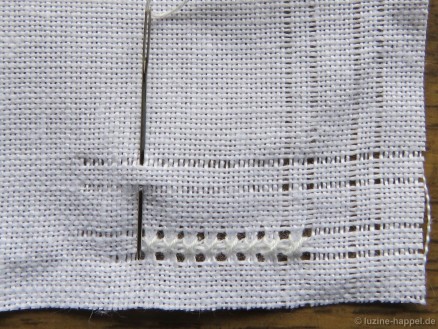 Work them around the corner. 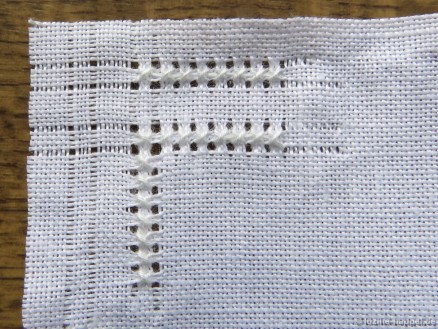 Starting at the place shown in the picture below, 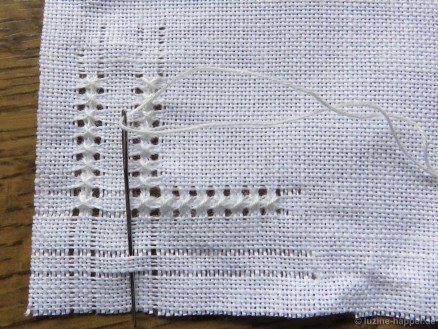 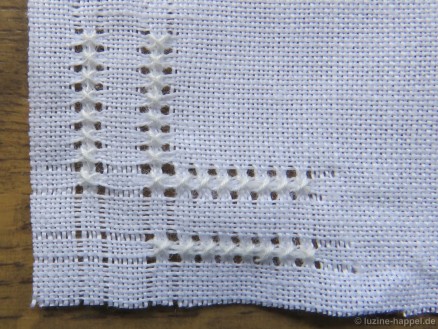 Withdraw the threads for the Peaholes 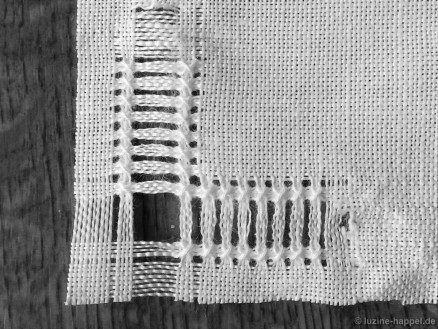 and work the wrapped Peaholes. 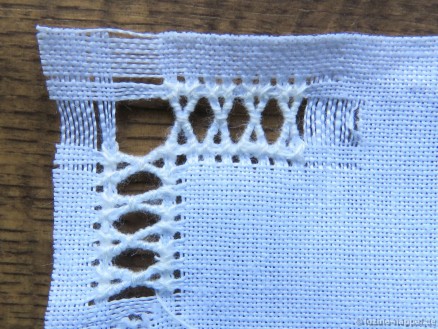 Cut the corner diagonally so that the cut is directly outside the Four-Sided stitches—taking care not to damage them. 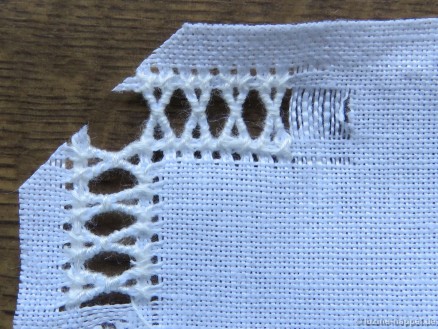 Along one edge, fold the edging so that the backs of the Four-Sided stitches lie on top of each another and begin securing the triangles. 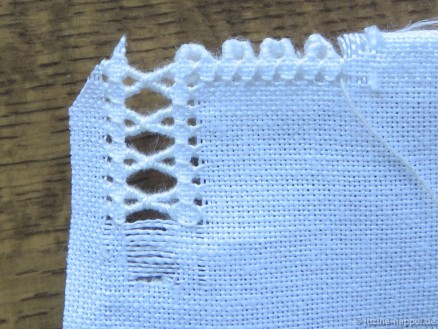 Reaching the corner, fold the edging of the perpendicular side 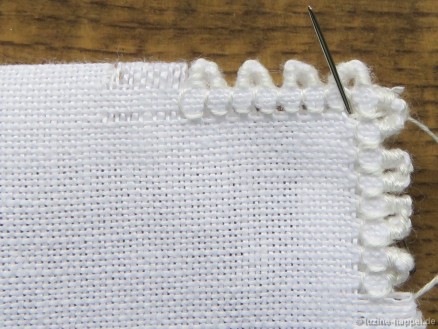 and continue securing the triangles around the corner. 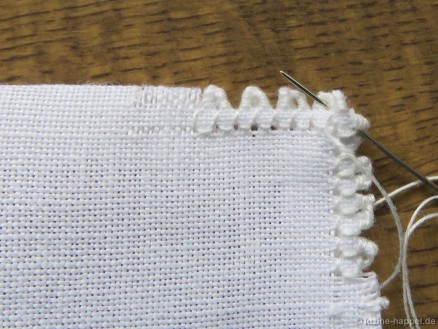 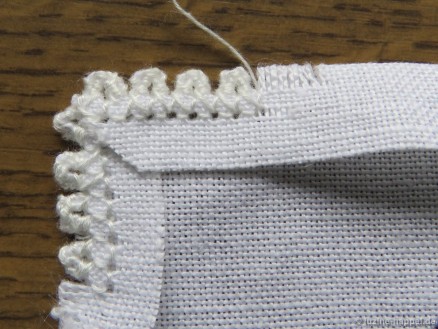 Four threads inwards from the bottom of the previously worked Four-Sided stitches, withdraw one more thread along each side (on both the front and the back). (Please carefully look at the picture!) 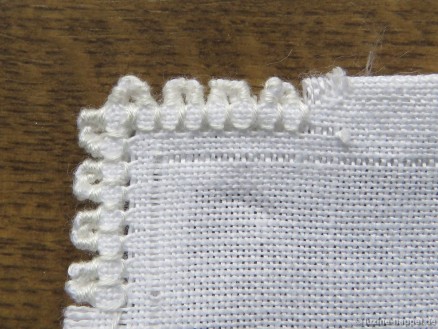 From the front of the fabric, work one row of Four-Sided stitches catching both layers. 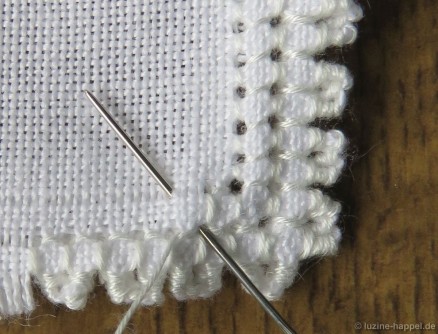 Now, on the back side, trim the remaining fabric close to the stitches. 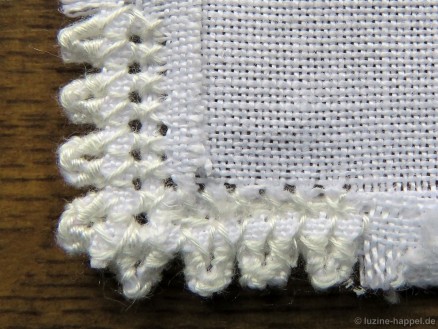 A nice hem is created – admittedly, the triangles in this example are not the best (this was one of my first attempts at working this edging, since then they have improved a lot). 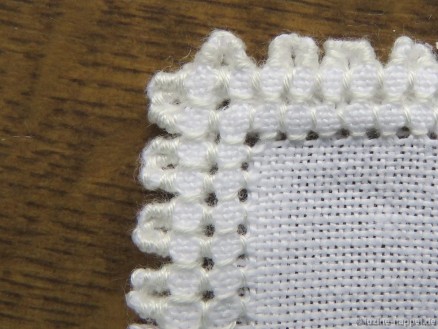