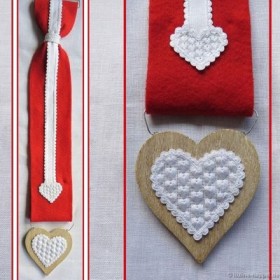 I had a decorative wall hanging: a wooden heart, some metal, some felt, some cones. 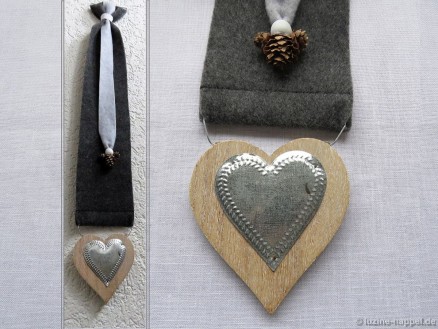 I liked neither the dark gray of the felt nor the composition. I wanted to pep it up with some whitework. Instead of the narrow band with the cones at one end, I thought of an embroidered border with half-eyelet scallops and a small heart at one end. And instead of the metal heart, I thought of an embroidered and then cutout heart. And finally, I considered changing the dark gray felt to red.

I asked my graphic designer for a line drawing of the design. Here it is: 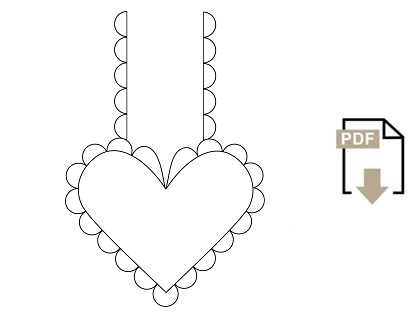 My graphic designer also made a separate design of the straight border. It is also included in the download file. With the help of the additional straight border design, I was able to lengthen the band to fit my decoration. 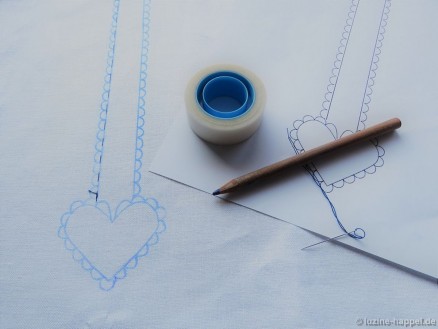 I used linen with a 16/cm thread count. With short running stitches along one fabric thread, I marked the position of one edge of the band. Then I transferred the design to the fabric using an iron transfer pencil. 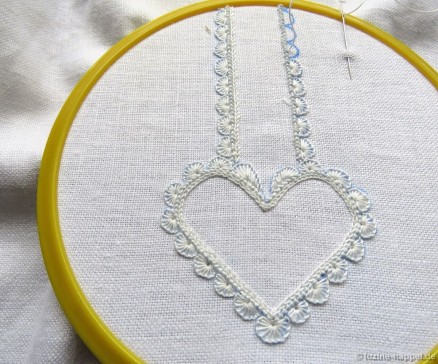 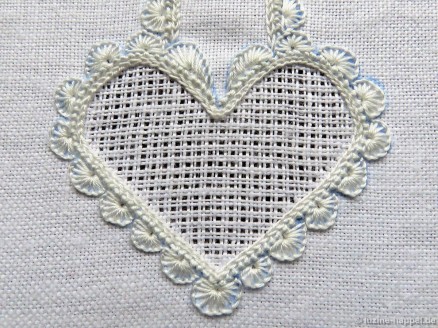 Inside the heart shape, a special Limet grid was established by cutting 1 and leaving only 2. This was done so that the planned square-eyelet pattern would remain compact and appropriate for the relatively small space of the heart. 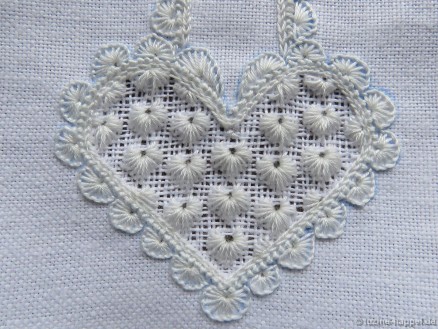 Using coton à broder No. 30, filling pattern 481 A was worked.
The piece was boiled, starched, ironed, and then cut. 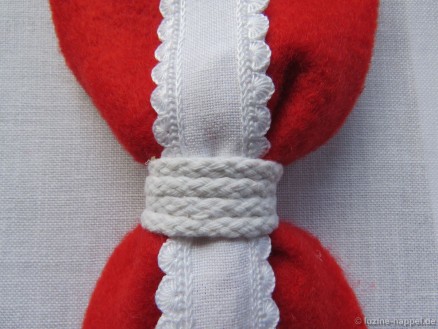 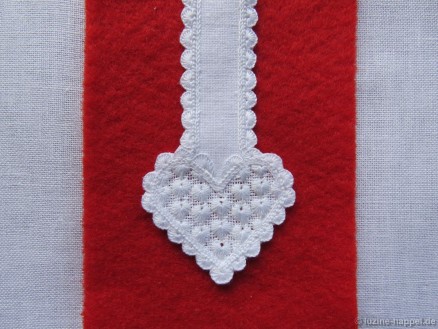 I sent a copy of the wooden heart shape to my graphic designer asking for a matching heart design. You can find it in the previously published article. 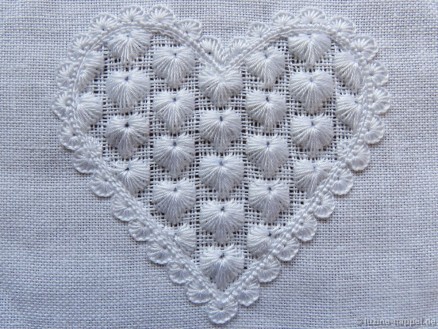 I embroidered the heart on 13.5/cm thread-count linen and used coton à broder No. 25 for the filling pattern. I chose filling pattern No. 481 to match the small heart on the band. After boiling, starching, ironing, and cutting, I mounted the embroidered heart onto the wooden heart using double-sided tape. 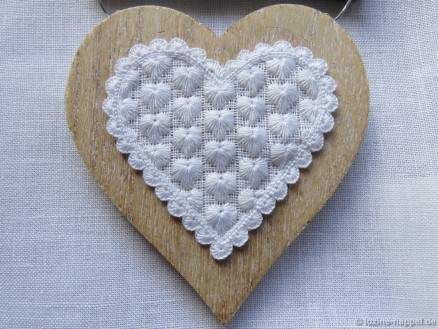 My pepped up wall hanging is finished; doesn’t it look so much better than the original? 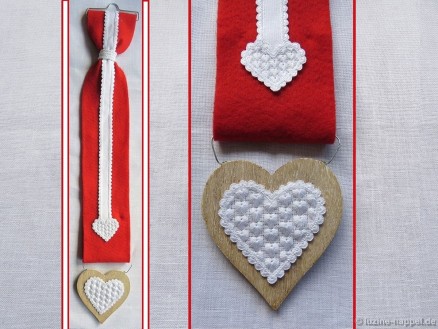 Another way to use the design is to make a bow by adding a heart at each end of the band. I made a mini version forgoing any filling pattern. I used it as a collar for my wooden reindeer. 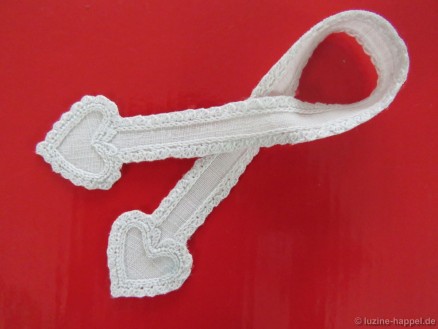