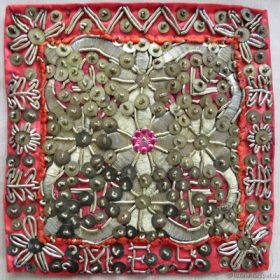 There are even more stunning apron squares from the late nineteenth century. During this time, the measurements of the squares grew (up to 19 cm X 19 cm) and the adornment became more and more splendid. They were made in red and green to match the Schwalm costumes. 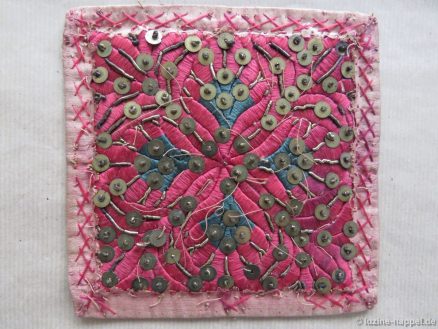 The red apron squares had fine silk embroidery consisting mainly of red sections – but included some green areas, too. They were additionally adorned with gold – gold sequins and gold bullion. 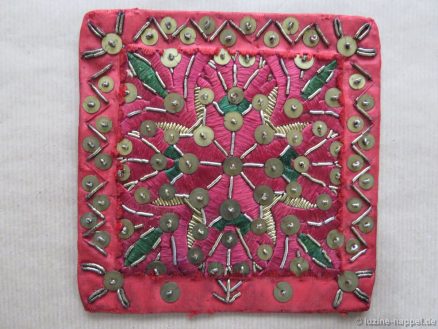 In the beginning, the gold bullion was applied as lines outlining the edges of pattern sections. Later, gold bullion and gold wire were used to fill first small 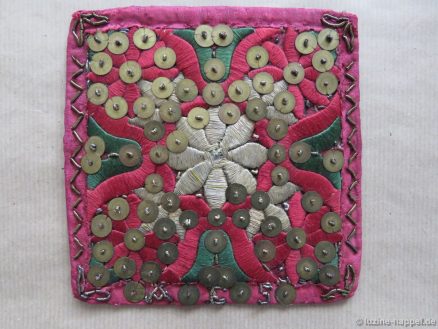 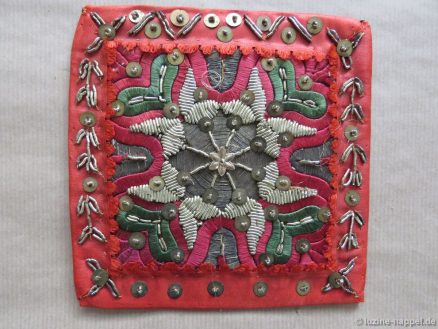 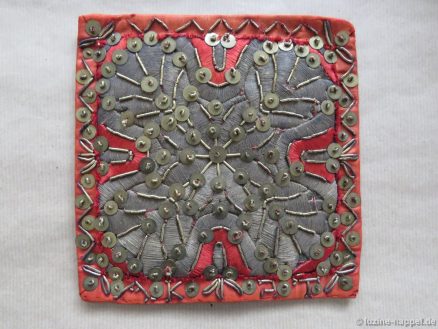 In addition, the edge decoration became more and more elaborate and magnificent. 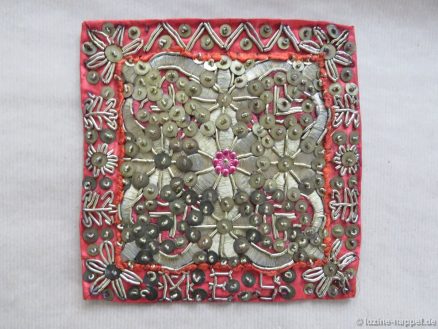 Often the initials of the owner were added at the bottom edge. 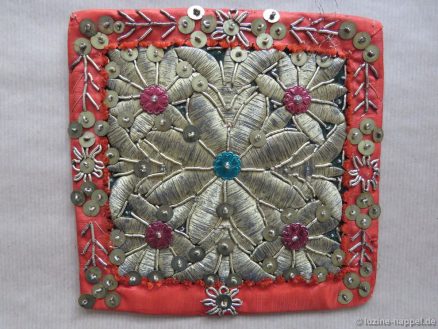 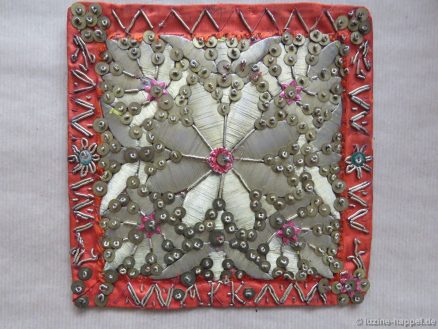 Still visible are the Schwalm-typical motifs (star, tulip, and heart) and the important carnation motif. 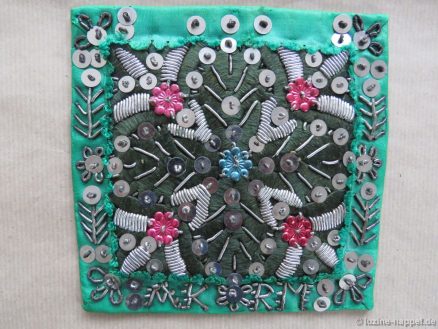 The green apron squares were embellished with silver wire and silver bullion. Additional red embellishments can be found on the costumes for younger women. 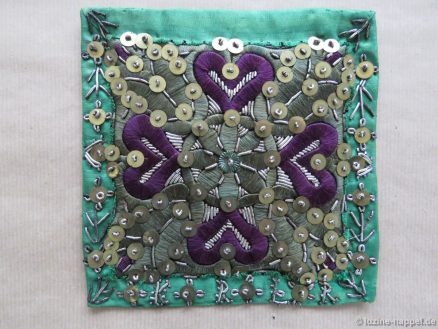 And lilac embellishments are found on the costumes for older women. 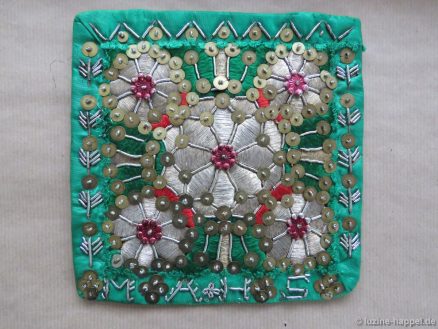 The most stunning examples had both silver and gold with green at the edges and a little bit of red on the inside. 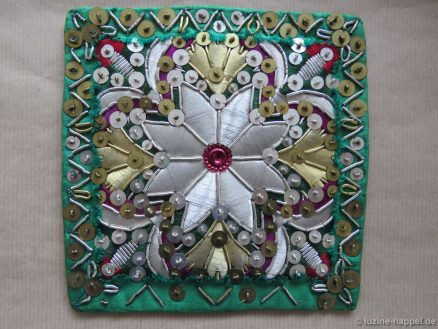 These apron squares are one more accessory that brings magnificence to the Schwalm costume.
They are really superb, aren’t they?