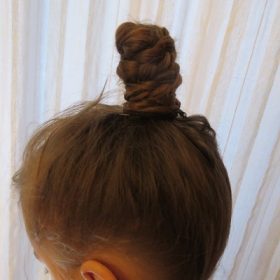 Schwalm girls and women wore their hair long without a fringe (bangs). The hair was styled into a knot, which in the Schwalm is known as Schnatz. To create such a hairstyle, women needed certain accoutrements: a long, thin band or cord (like a shoestring), rubber bands, and some hairpins. 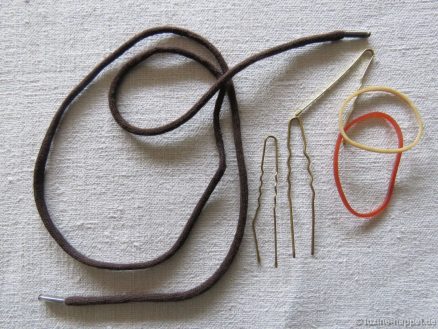 The hair was combed from all sides and pulled firmly upward to be bound on top of the head. This is easily achieved by quickly throwing the head downward. 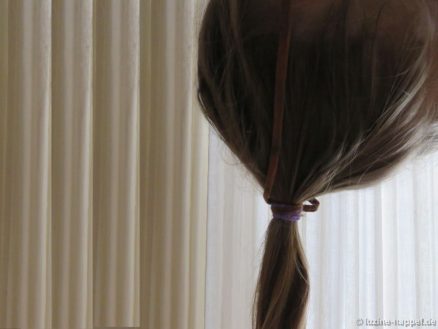 The hair was divided into two plaits. 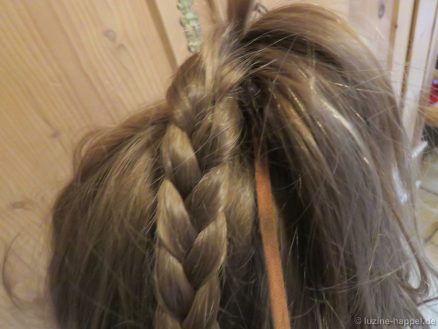 The band was worked into one of the plaits. 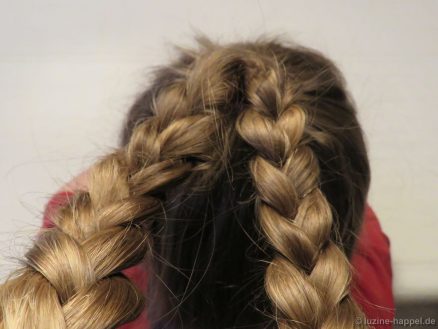 Both plaits were twirled up from the head as high as the finished knot should reach. 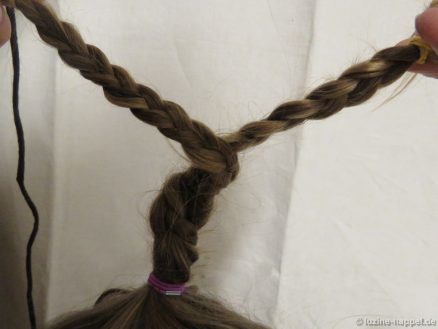 One of the plaits (the one with the band) was held up while the other was wrapped downwards around the twirled part and fastened at the head with hairpins. 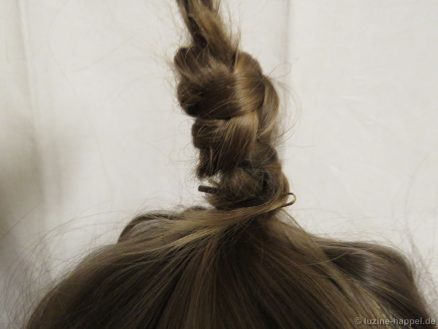 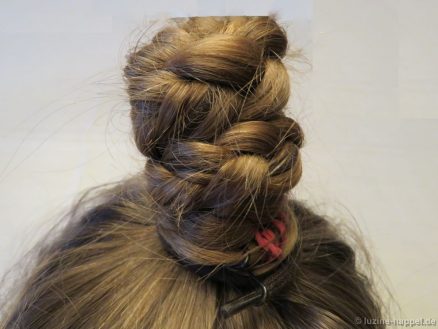 With some practice a perfect and fancy hairdressing was achieved. 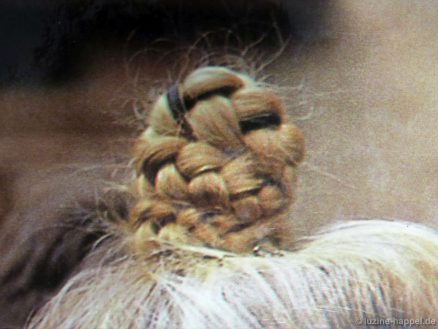 It was placed on top of the head, approximately in the middle between the ears. 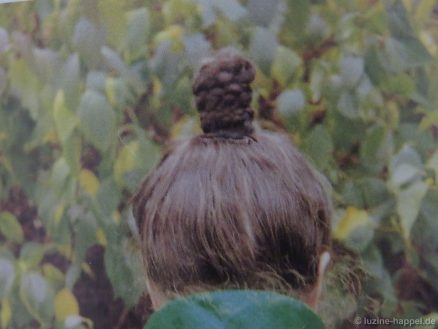 The Schwalm women needed this somewhat curious hairstyle to be able to wear their special headdresses. 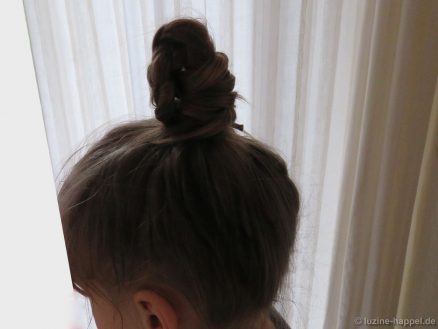 The little caps were placed over the knots. 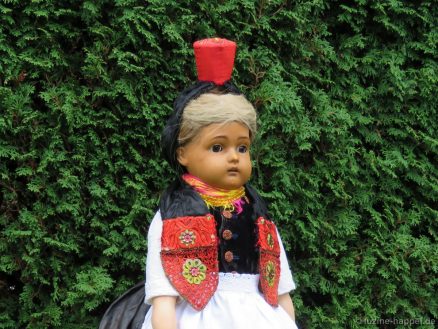