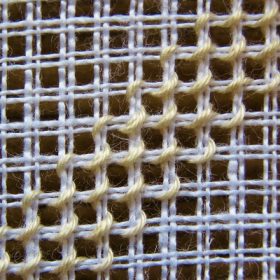 Embroiderers have asked me questions regarding the stitch used to stabilize the openwork grid. 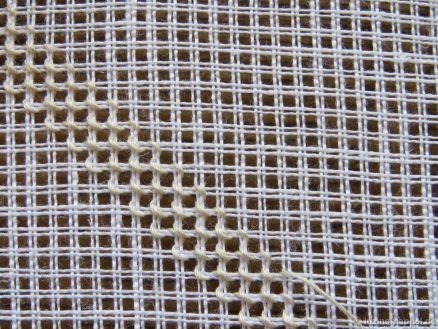 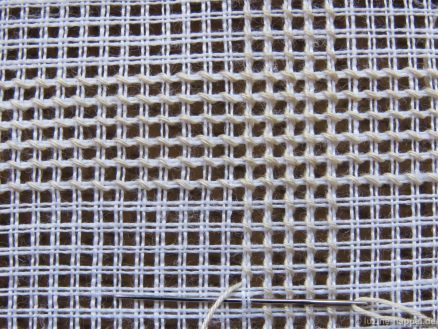 Working horizontal and vertical rows would establish the same effect – wrapping once around each pair of threads and creating a double half cross on top of the intersections of the pairs of threads. 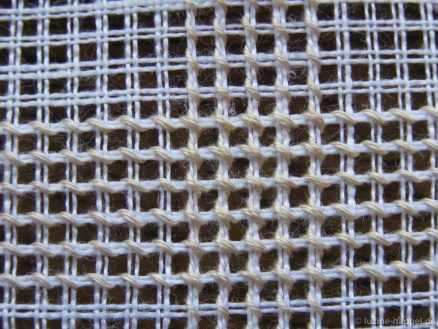 So, why is it done on the bias in the Schwalm?

As Schwalm whitework became more and more important, professional embroiderers were always looking for faster and more economical ways of doing their work. Then, when theses embroiderers passed on their embroidery knowledge, it was natural for them to teach the streamlined techniques they had developed. Remember that this knowledge was only available by being passed down from teacher to student. And over the years, this way of working found its way into the doctrine of Schwalm whitework.

One can find more variations by changing the number of the worked rows each stitch.