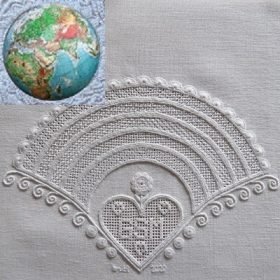 Finally, the last of the promised contributions has been received. So this blog post will be the last in the series showing a great online exhibition of Schwalm whitework. The sampler will be made of so many stunning, unique, and various embroideries.

Thanks to all the talented contributors. Their work inspires awe in so many embroiderers all over the world!

#92
An embroiderer from Germany, who wishes to remain anonymous, has donated an excellently worked contribution to the joint project. She chose a rainbow as the subject of her piece, and I think this motif happens to be the perfect end to the embroideries that have been collected from all over the world. She named her project Schwälmer GSM-Regenbogen (=Global Schwalm Sampler Rainbow). 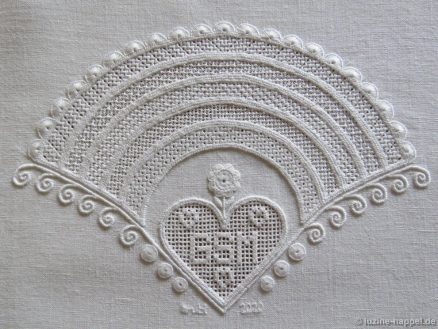 She wrote – roughly translated: “I chose the rainbow because it is considered an old (biblical) symbol for connectedness. It should represent the global connection of all submitted work on this GSS. 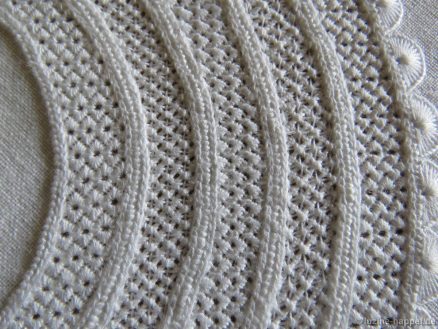 Here it is formed from five ring segments, which are supposed to represent the five continents (inside out according to size): Australia, Europe, Africa, America, Asia. 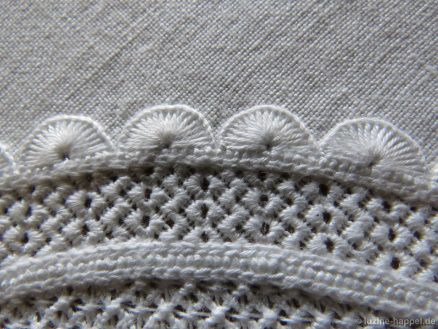 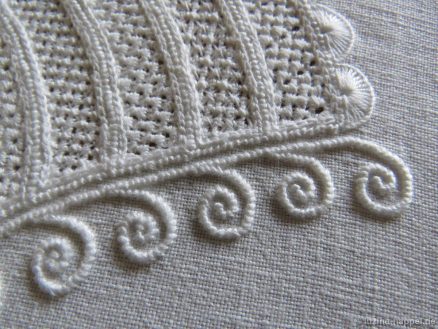 The lower line made of knot stitch with the spirals is supposed to symbolize the seas connecting all continents. 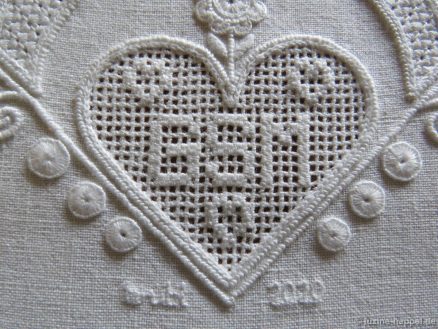 The heart, as a typical Schwalm motif, was chosen by me as a symbol for the love of all female embroiderers and of course also male stitchers for this art of embroidery. Because without love for this beautiful and sophisticated embroidery technique, this project would hardly have been realized. 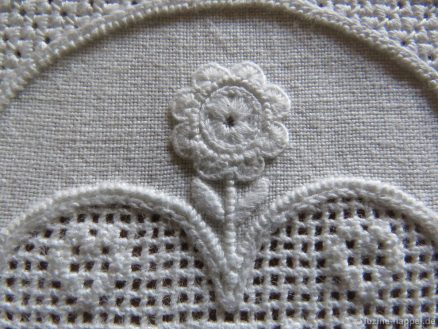 The small sun (or flower) over the heart motif should represent my wish that the art of embroidery should blossom again and again. It is such a beautiful expression of human creativity – just like the diversity of nature.” 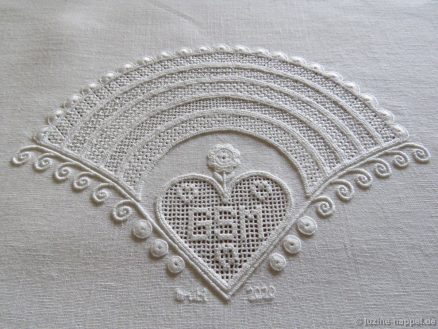 With the apt words of Mimi Chan, that she generously has allowed me to use, I would like to end this series of introductions to the individual contributions:

In the world of embroidery, there is no boundary.
We love the art, regardless of its technique, where it is made and who made it.
We love this art, not only the finished piece but also the process of making it.
We love this art, which brings peace to our mind and heals our soul.
We look forward to seeing all the small pieces of Schwalm Whitework from different parts of the world sewed up to be ONE.

You can see more contributions in Update 24.