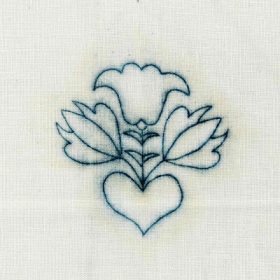 A few months ago in preparation for a series about small embroideries, I moistened linen with pre-transferred designs and then ironed it so that the linen appeared nice and smooth in the photos. 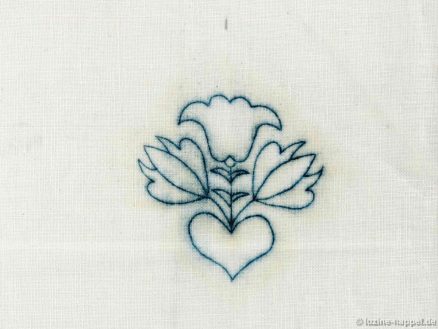 I had already embroidered some of these patterns. 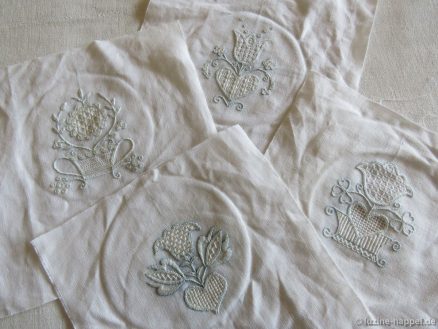 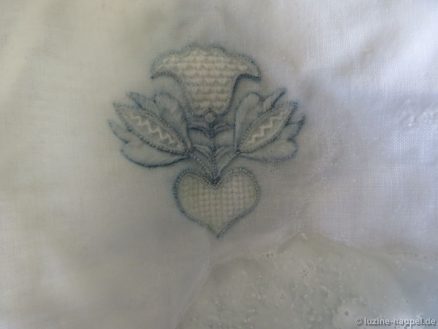 As explained in Part 1 of this article, the embroidery was initially soaked for two days in lukewarm soapy water.

Then I tried in vain to get the blue colour out of the fabric by rubbing, washing, and rubbing again. After almost an hour of effort, the blue lines under the Coral knot stitches were a bit faded but still clearly visible. 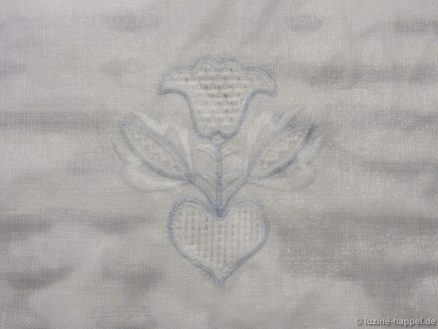 Since I hadn’t invested too much time or effort in this little embroidery, I tried a wide variety of remedies – including harsh agents. Nothing helped. The blue lines seemed to have become permanent.

They can be seen very clearly against the light. 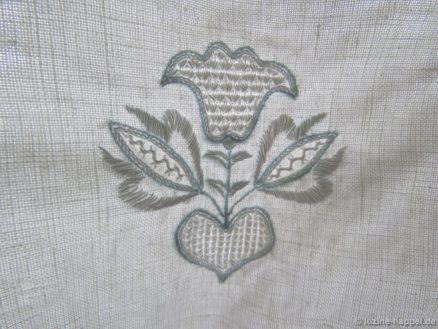 As a last resort, I got a decolouriser, which I dissolved in lukewarm water exactly as instructed. 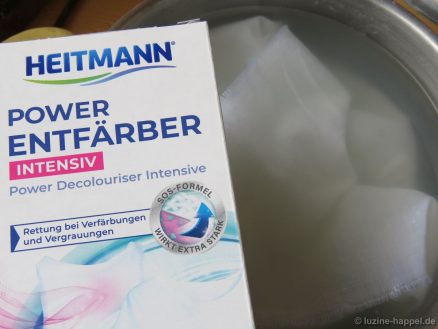 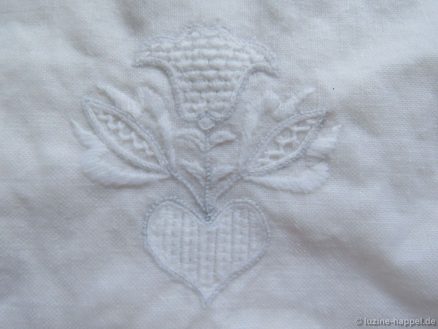 The next day the lines were weaker, but still dimly visible in the wet fibers. Repeated washing with rubbing and rubbing did not help.

Conclusion: Damp heat makes pre-transferred designs permanent. So you should avoid steam ironing before starting the embroidery. In any case, you should wash the finished embroidery after soaking in lukewarm water until the blue lines have disappeared and only then boil!

It is comforting that the blue lines can no longer be seen after drying and ironing. 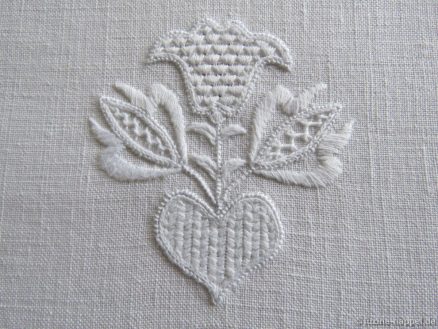