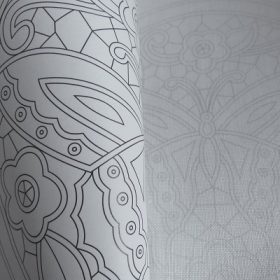 As previously reported, Joanna Jakuszewska offers iron-on pattern sheets as well as patterns already ironed onto linen. Her´s pattern are for Richelieu embroidery, but the technique could also be used for Schwalm whitework.

Thankfully, Joanna promptly sent me both some ironing pattern sheets and some linen cuts with already ironed patterns. So I could start testing. 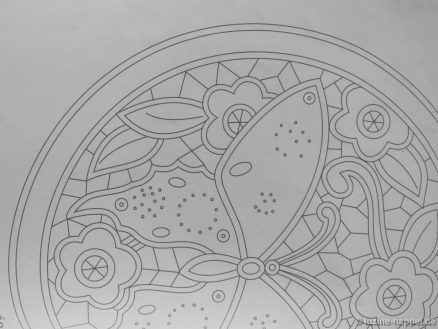 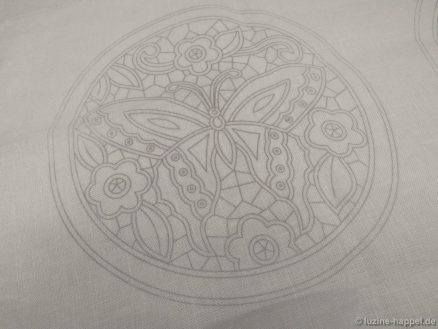 Once ironed on, the lines appear gray.

The aim was to find out whether the lines fade during the work or remain visible for a long time and whether they can be easily washed out after the embroidery is finished.

First I tried ironing a small pattern on linen. With a very hot iron – but no steam at first – I tried for quite a while with no visible lines on the linen. Then I used steam as told in the instructions. My fear that the transfer paper would curl was not confirmed. The paper remained smooth and after a while the colour also came off the paper and transferred to the linen. 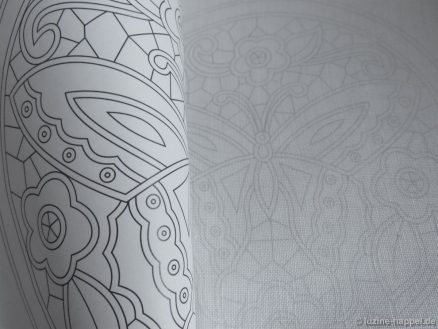 For the test, I only embroidered the butterfly motif – in a slightly modified form. 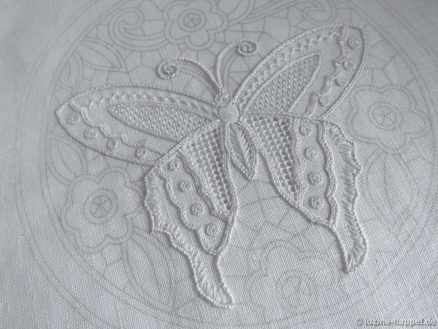 The lines remained visible until the embroidery work was completed.

Washing out the lines – in lukewarm soapy water – took quite a while, but in the end all traces of colour were completely gone. 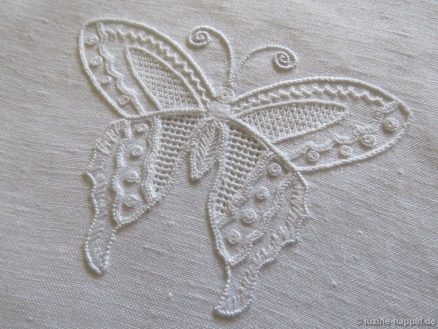 Such ironing pattern sheets would also be an option for Schwalm whitework, because typical Schwalm motifs could also be printed on the paper. However, this is not possible with a standard printer. You have to use the services of a specialist printer. Unfortunately, there are difficulties in obtaining the ink – it is made in India. It is also only printed on large sheets and in large numbers. Given the currently low demand, this makes single patterns too expensive. This type of pattern transfer is therefore unrealistic.