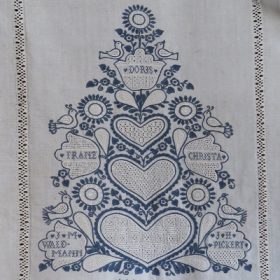 Matching embroideries that were worked on blue striped linen, other pieces were also embroidered, but then often on white linen.
A particularly beautiful example is the counterpart to the table runner from 1993. 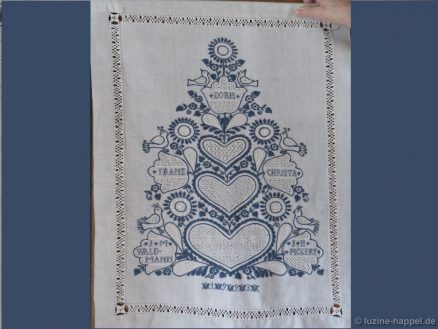 Christa Waldmann has embroidered a family tree as a wall hanging, using the same blue linen thread for the outline stitches and the surface embroidery. 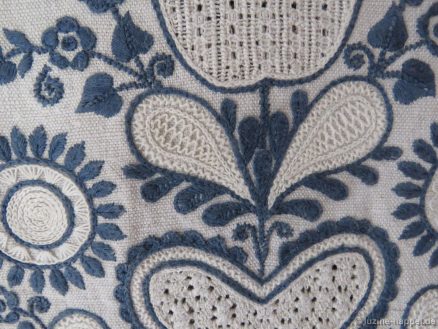 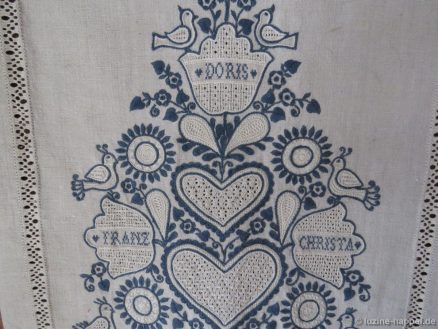 as well as very varied and 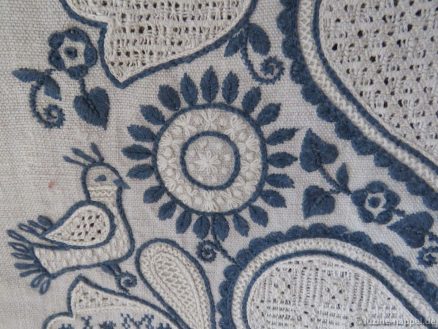 imaginative patterns that come from the early Schwalm whitework were worked into the motifs. 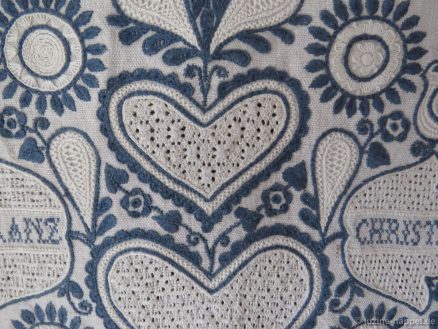 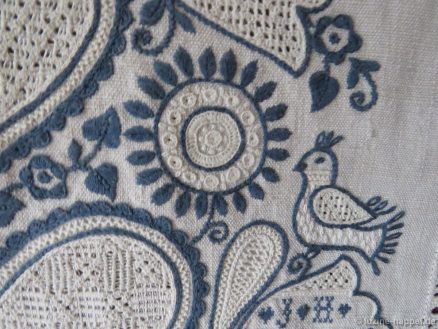 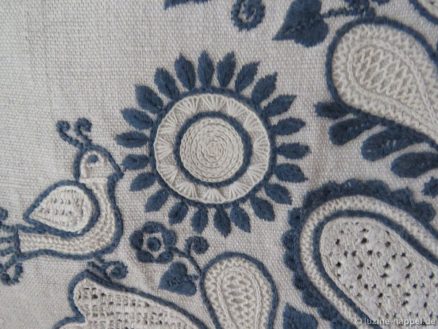 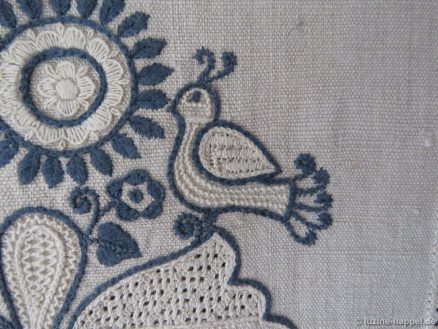 The name of the embroiderer can be found in the motifs. 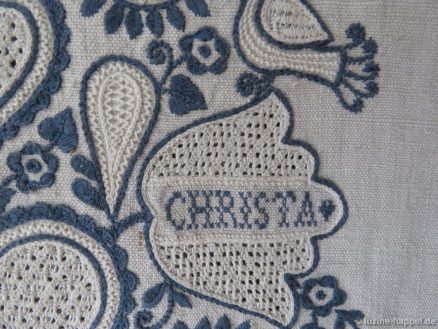 The year of creation was placed at the bottom – with the individual digits separated by typical small Schwalm Cross stitch elements. 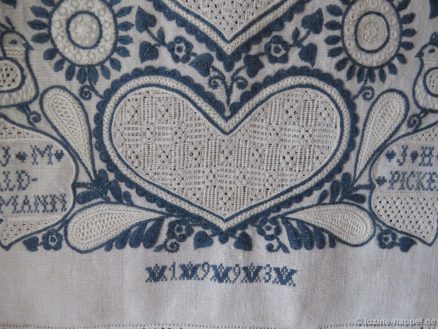 A 4-unit needle-weaving band is worked at the edge. 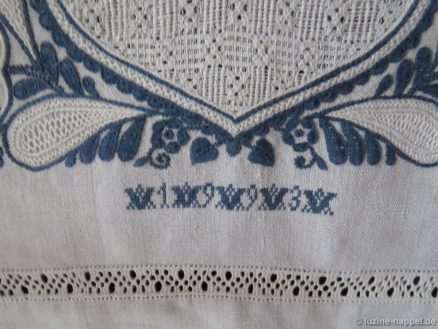