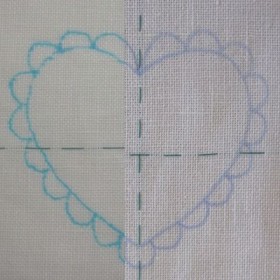 Because I know that many people prefer tracing the design onto the fabric using water soluble pens, I also wanted to test this method for Schwalm whitework.
I taped the design onto a lightpad. Lightpads are perfect for tracing embroidery patterns onto fabric – also a table with a glass top and a lighted lamp below is suitable. 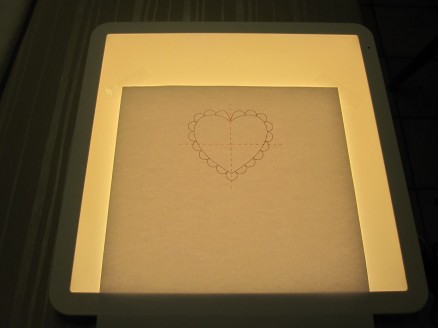 I marked the lengthwise and crosswise grain lines on a piece of linen (Weddigen linen, 13.5/cm thread count), and carefully positioned this on top of the design which also had perpendicular central lines drawn. The linen, thus positioned, is then taped to the lightpad. 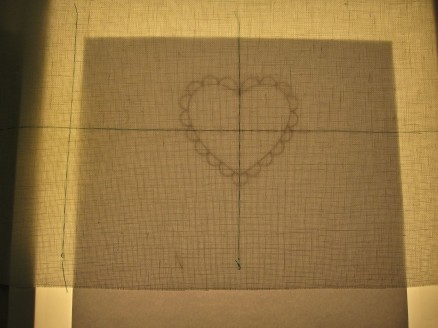 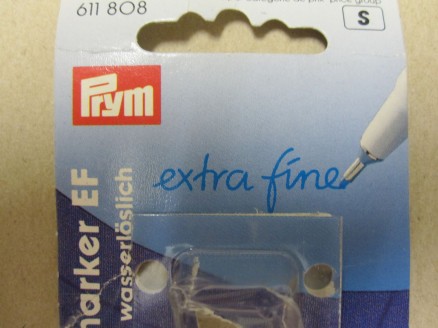 I started the tracing. First I used a very light touch. On the fabric, the markings appeared in light dots at an uneven distance. So I then applied a little more pressure. This time, the lines appeared clearly on the fabric – not too fine, but also not too thick. I traced the heart shape first; the result was acceptable. Then I traced the smaller half-circles. If I pressed too hard, the tip of the pen got caught between the fabric threads and the lines became uneven. Even trying to do my best, not all curves came out as I wanted. Often the pen followed the thread line and created straight instead of curved lines. 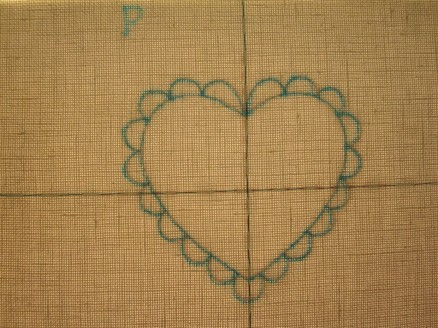 At first sight, with the design sheet and light below, the result looks acceptable. 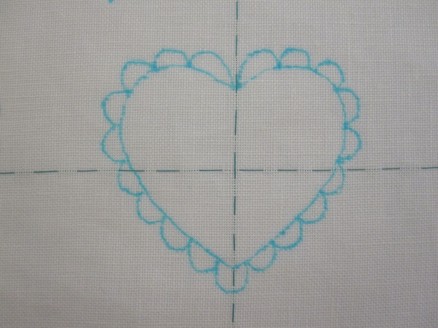 Viewed alone and without the light below, the tracing does not look so good. The curves are uneven and sometimes jagged – definitely not smoothly rounded. 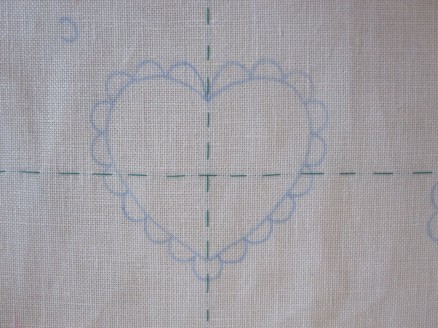 For directly comparision I here show the same design transferred by ironing.

I am able to adjust some of the unevenness by embroidering, but not all. 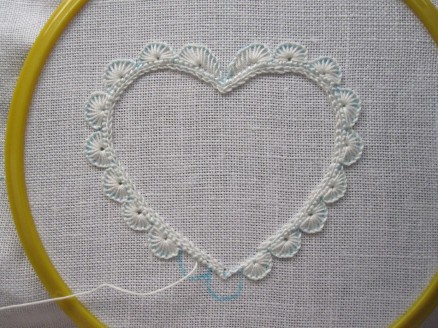 The colour did not fade and it was easy to follow the lines.
After finishing the embroidery, I washed it, as the instructions direct, with clear water. At once all colour was gone; the image shows the wet piece after being held under running water for a short time. 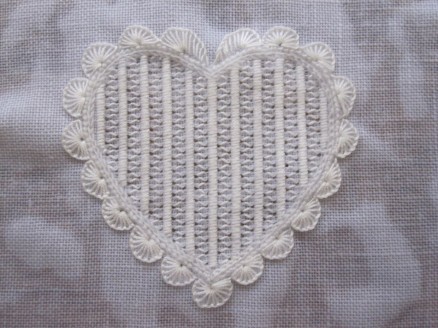 Nevertheless I boiled it for shrinking. Starched and ironed it looks nice, but a trained eye notices the unevenness. 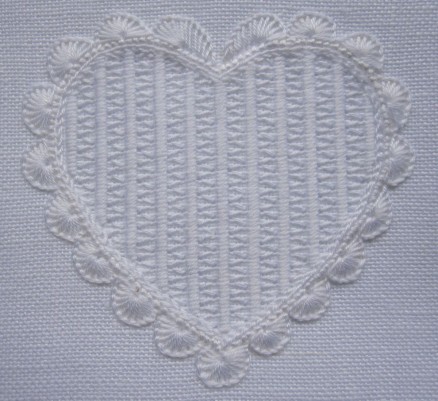 Perhaps this transfer method is better suited for finer fabrics with a more even surface. Another consideration must be made for the intricate Schwalm whitework designs that include small leaves, many tendrils and the half-eyelet scallops; I would not suggest this design transfer method for such designs.

Have you experimented with these products, or others? Then please leave a comment.