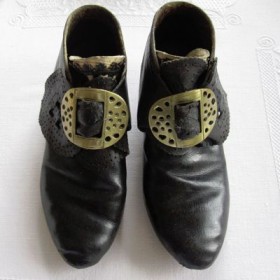 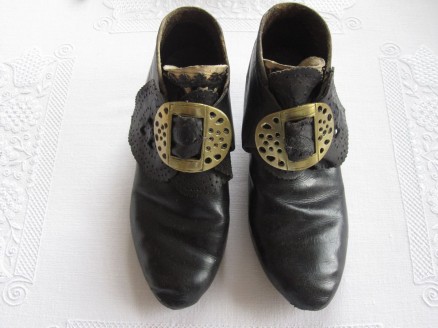 The buckle shoes had rounded toes. The heels were not high and some were smaller than the shoes so that it looked like small blocks lay below the shoes. 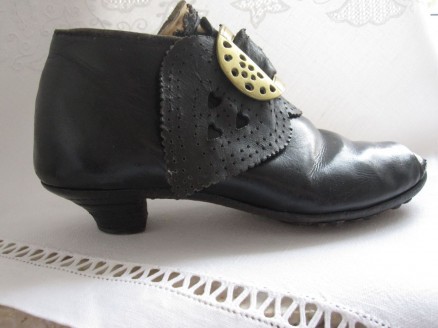 For better footing and longer life some heels were shod. 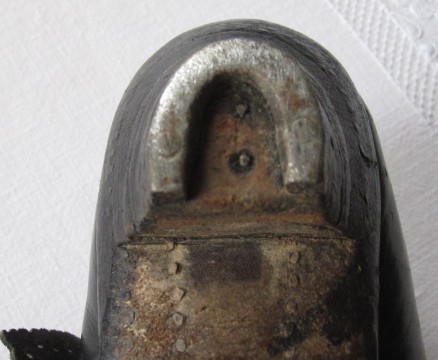 For women’s shoes the shoemaker had only one shoe last, this means, there was no left or right shoe; both were the same and the ladies would alternate wearing them on the left and right feet so that the shoes would wear equally.

Mostly, the shoes were made from calfskin. The punch-decorated tongues of the women’s shoes were serrated at the top edges and accented with white sheep hide. 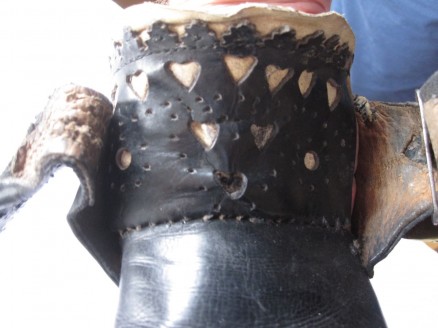 The tongues of the men’s shoes had red piping. 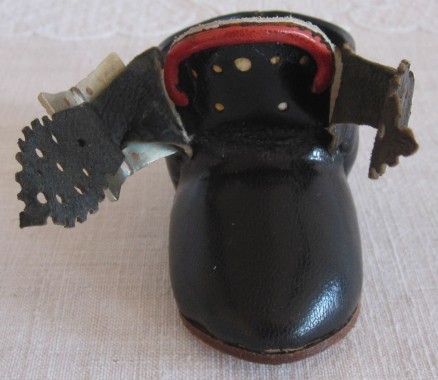 On the sides, there were large tabs in a shape similar to a heart – the “ears”. 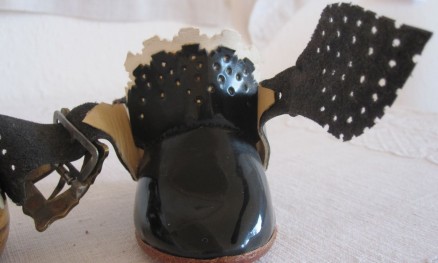 These were decorated with hole ornamentation made with prickers. For marriage shoes, the year was also pricked into the tabs. 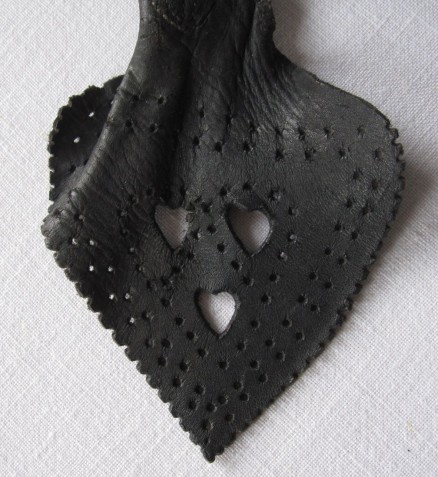 The “ears” were slid through buckles and draped. Thus the Schwalm buckle shoes made an extravagant impression. 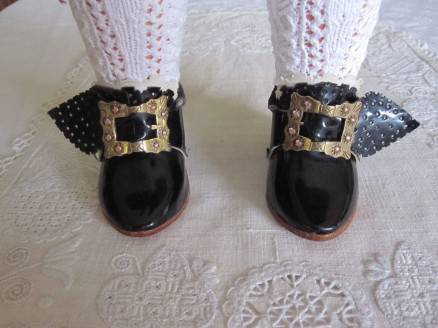 Besides the buckle shoes, the Schwalm women had some more comfortable shoes, the so-called “Kommod” (=commodious) shoes. With flat heels and low cut, they were worn for everyday life and during old age. 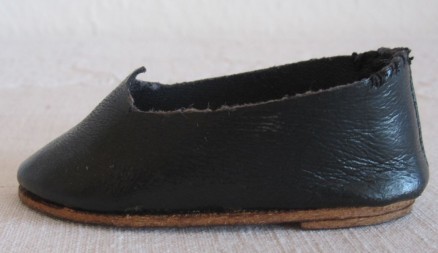