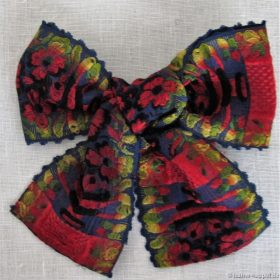 Schwalm women kept a large array of colourful bands made of silk or a combination of silk and metal threads; these ribbons were needed for different uses.

The coloured bands decorated the bottom edges of the Schwalm skirts. 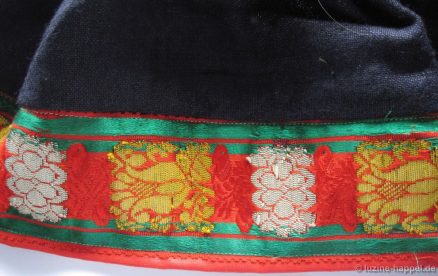 And they were worn like a girdle covering the waistbands of the dark aprons. 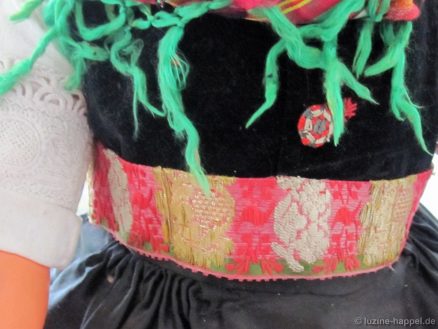 In the back, they were fastened with a hook and eye. 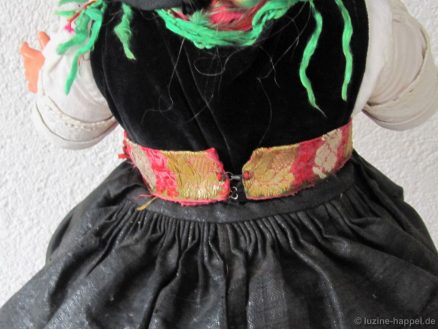 However, sometimes the bands were tied into a bow in the front.

They were also tied into a bow and then pinned at the back of the neck of the waistcoat, but only if the occasion did not dictate that the cap bands with their beautiful embellishments were to be worn in the back. 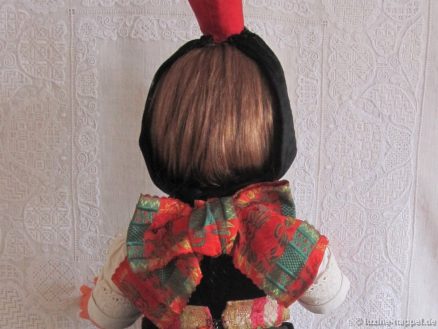 Coloured bands were used to make simple garters, which were sometimes additionally decorated with gold or silver bullion, sequins, and needlelace. 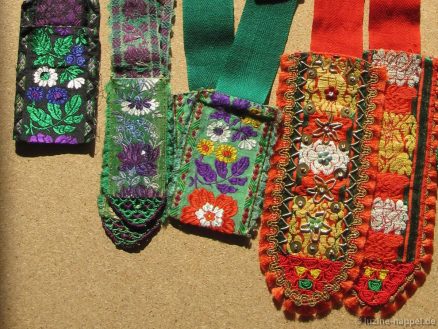 They were used for making the Lust, the decoration found on the groom’s cap 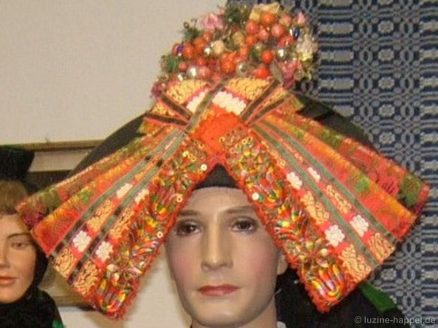 as well as for manufacturing the Geschappel for the bridesmaid and the bride. 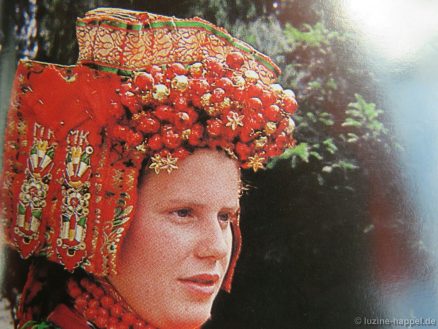 A couple of bands were needed for the Bretter (boards) of the “boardmaids.” 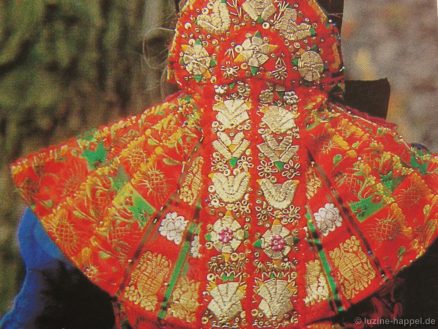 Young girls showed off their most beautiful bands in a special custom – the Pfingstbügel. 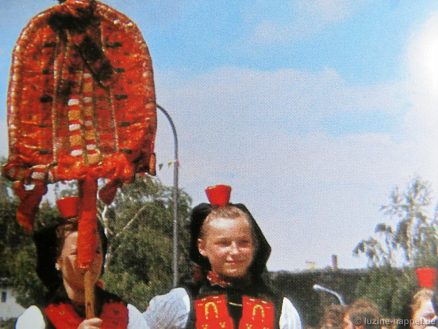 Therefore, beautiful coloured silk ribbons were needed in large quantities, so it is not surprising that they were woven in many patterns. Because the young girls wanted to present themselves most attractively (so that they might marry well), the red coloured ribbons were the most popular.

The bands were woven with silk or silk combined with metal threads. They had widths of approximately 4 cm up to 9 cm. Most common were bands with a width of 6.5 cm. The following are a sampling of different band patterns – included are some very old examples.

Bands with a red ground belonged to the red Schwalm costume. This costume was worn by girls up to the time they married. 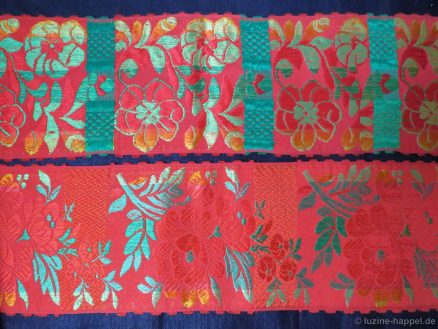 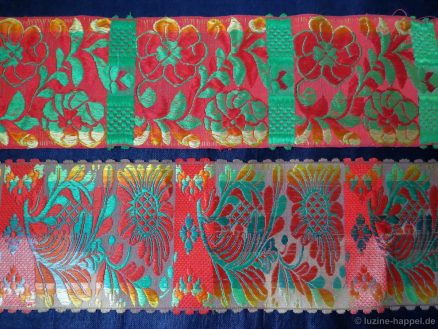 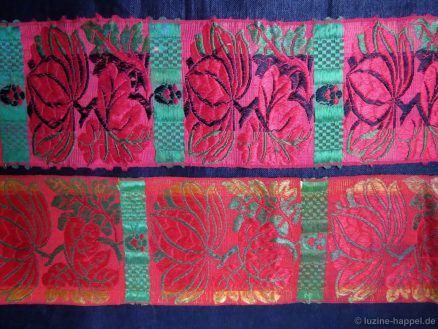 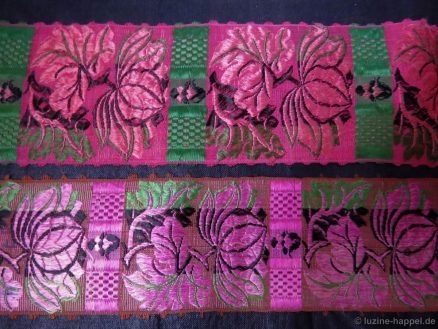 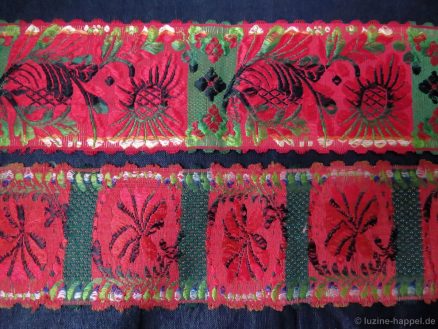 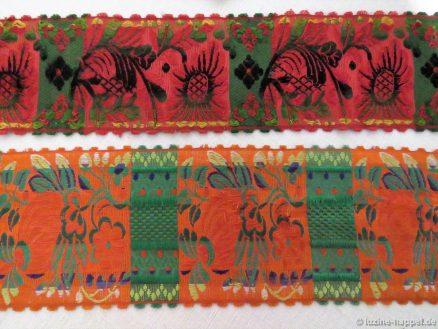 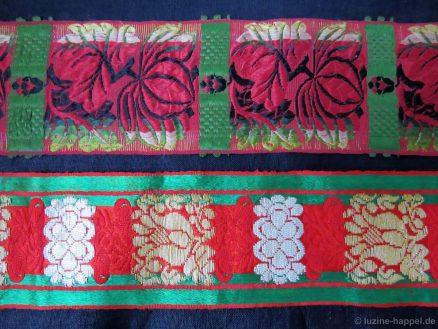 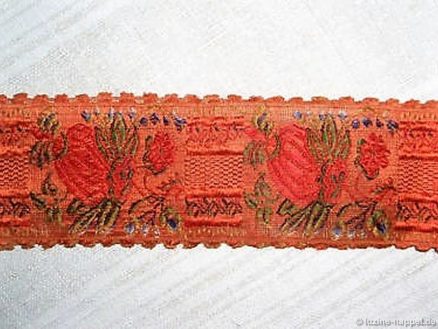 Bands with a green ground and red patterns belonged to the green Schwalm costume. This costume was worn by young women until shortly after their marriage. 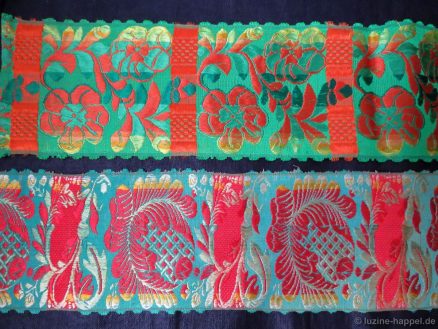 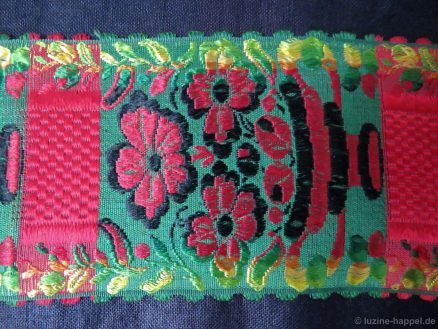 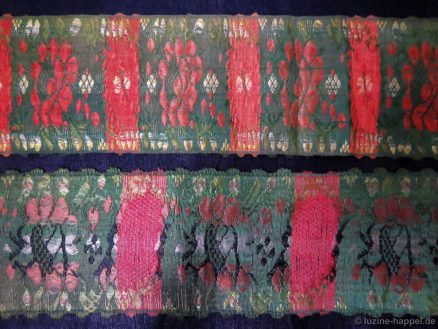 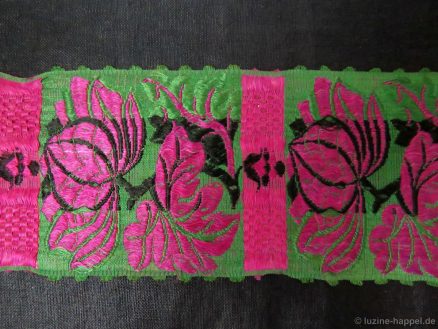 Bands with a green ground and lilac patterns also belonged to the green Schwalm costume. This costume was worn by older women up to 40 years old. 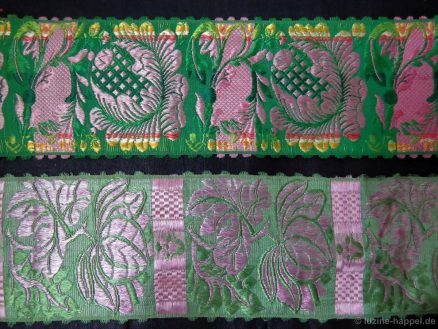 Bands with a blue or lilac ground belonged to the blue Schwalm costume. This costume was worn by women between 40 and 50 years old. 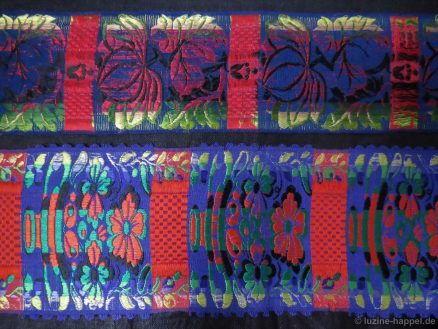 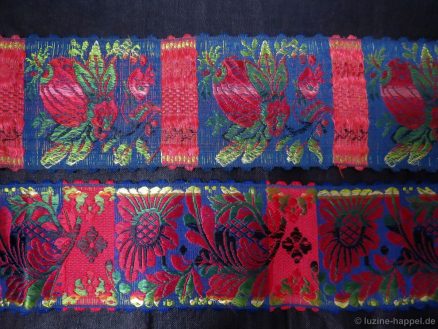 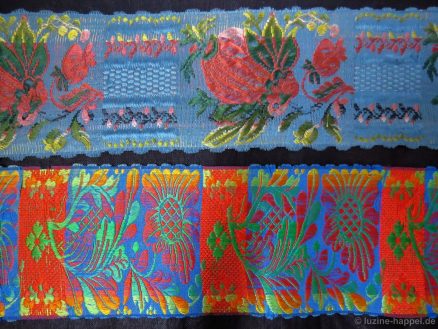 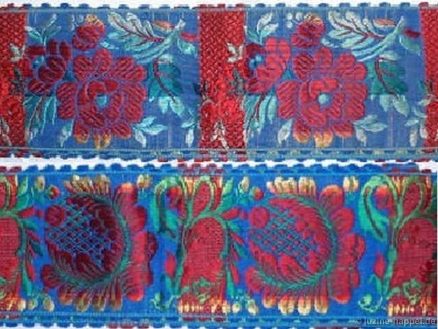 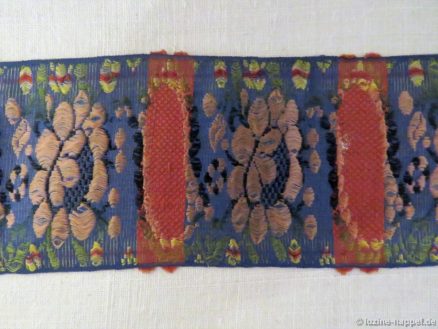 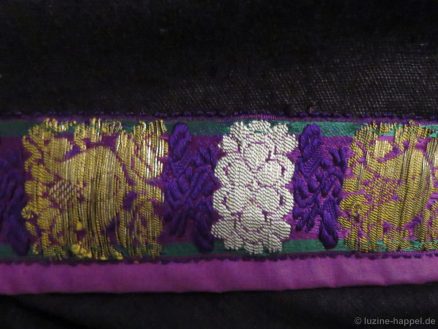 Of course there are single patterns in different colour combinations. Ribbon weaving mills were found in the region around Wuppertal. But most of the bands used in the Schwalm were imported from France.

Seeing the beauty and the splendor of the ribbons and keeping in mind that Schwalm women had a rather poor life, one can appreciate how much they loved and why they collected these ribbons. It is not surprising that Schwalm women wanted to show them off.