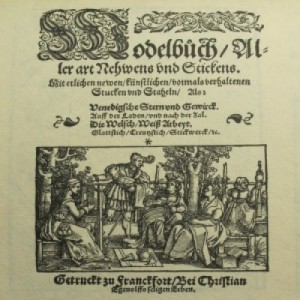 The first Model­books were developed around the beginning of the 16th century when access to typog­raphy was becoming more common. The Model­books were popular and they were found all over Europe. There were models for counted-thread as well as for free-style embroideries. The counted-thread patterns remained the same over centuries, while the free-style designs were subject to strong change. Not many people could afford the acquisition of an expensive book, and so the samples were shared by drawing. Thus, it was inevitable that, over time, slight inaccuracies and deviations developed leading to very different patterns in the different regions of Europe. However, not only were the sample designs modified, but also the techniques were constantly subject to the individual embroider’s inclinations Leisure time, aesthetic preference and the enthusiastic ability of individuals led to the fact that, by the exchange of single elements, the embroidery was modified and gradually changed. 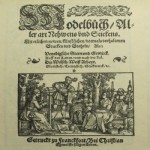 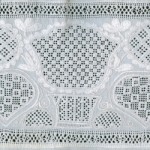