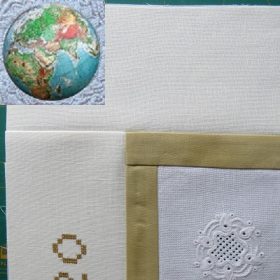 My order for the woven cotton fusible interlining (G700) for the sampler´s edge arrived quickly – 5.60 m of the 0.90 m wide fabric will be sufficient. 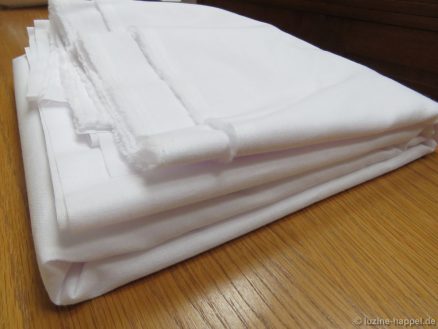 The first part of the edge attachment should be 3 cm wide, so I cut strips 4.5 cm wide, which includes the seam allowances, and several meters long. 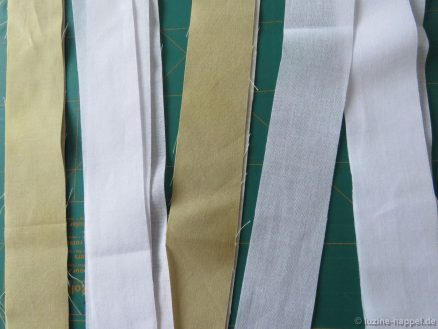 I then fused them together. 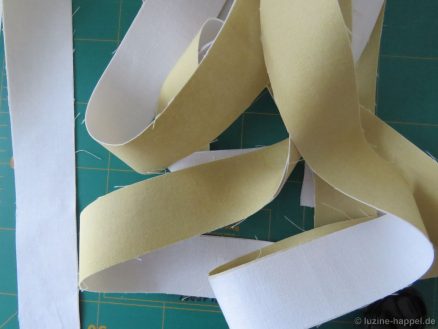 Next, they are sewn to the inner part of the sampler – first the side strips, then the upper and lower strips. 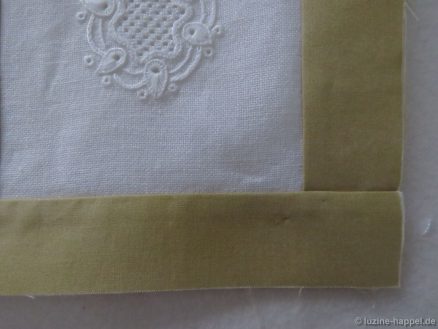 Sewing is getting more and more difficult. As soon as the needle of the sewing machine goes up, the weight pulls the fabric away. There are unwanted jumps in the seam. I tried to make improvements as best I could, but I couldn’t rip out and resew all the places. So I hope that in the end 1 millimeter here and 1 millimeter there will not matter. 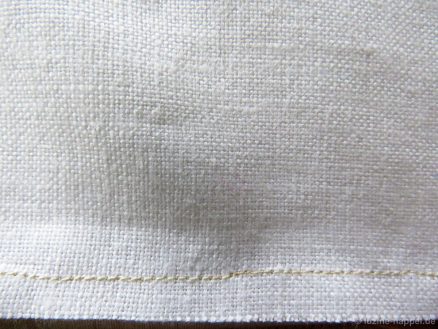 The second part of constructing the edge consists of adding the strips with the inscription.

Back in the summer, when I was still waiting for the mail of contributions, I was able to start embroidering the side strips because the height of the sampler was fixed for me. When I later shortened the height of the sampler, I was glad that the length of the lettering was not too long. But since I didn’t know exactly what the entire border design and layout would look like, I left wide fabric allowances on all sides.

The largest letters are 6 cm high. I want unembroidered linen 2 cm above and below the text. So the strips (including seam allowances) must be cut to a width of 11.5 cm – a difficult task with linen that is several meters long and already boiled. The linen strips should all be the same width and the text should run in the middle. 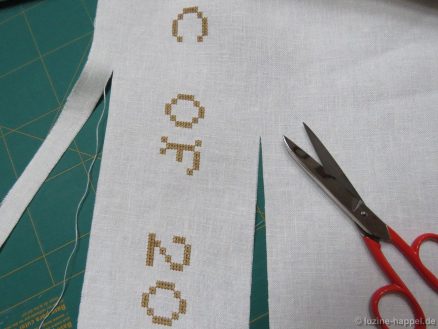 After cutting, the linen strips are carefully ironed and then fused to the interlining. 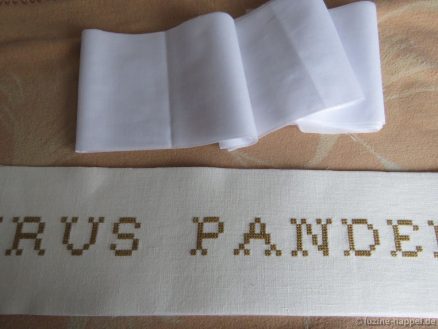 Starting in the middle of the side, so that the text appears centered, the strip is placed on the sampler. 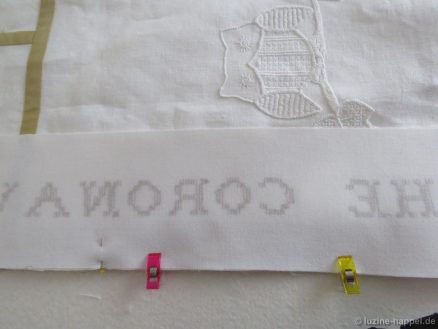 Ironing out the long seams is not easy either; my large table is just too small, and if possible the cloth shouldn’t hang on the ground. But “necessity is the mother of invention!” 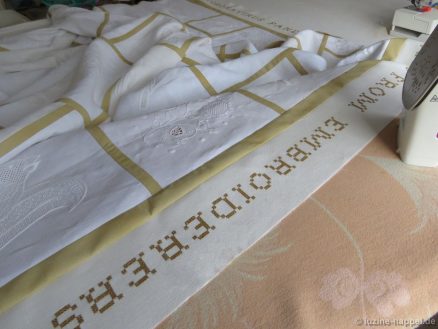 One is able to perceive the dimensions of the cloth by looking at the overall picture. 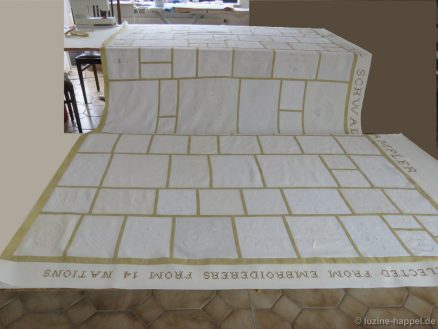 Again the side strips are sewn on first, the top and bottom afterwards. 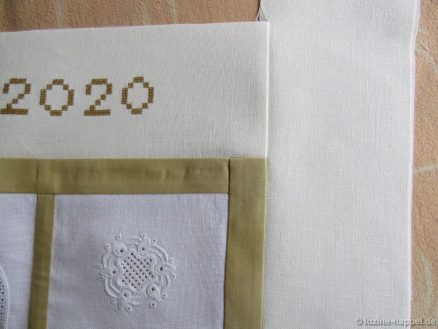 The strips are cut to their final lengths only after the respective seams has been completed. 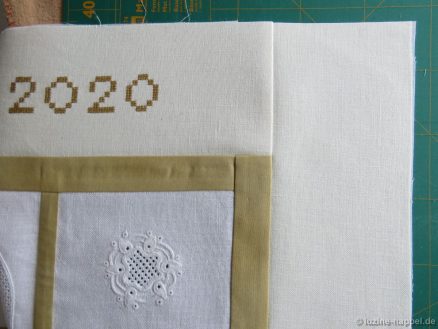 Now all that needs to be done is the finishing of the outside edges.